UTEP and FIU will meet for a third time this season.

North Texas knocked off Charlotte Saturday night to close the regular season, breaking a tie breaker to give UTEP the 6th seed in the Conference USA Tournament.

UTEP will see the 11th seed FIU Golden Panthers Wednesday at 7:30 p.m. Mountain Time at Legacy Arena in Birmingham in the second round of the C-USA Tournament which will be televised on the American Sports Network.

The winner will face Marshall in the quarterfinals on Thursday at 7:30 p.m. Mountain Time.

Middle Tennessee locked up the #2 seed, and will face either #7 Charlotte or #10 Rice in the quarterfinals as UTEP's other possible opponents on their side of the bracket.

TV listings, and streaming info will be announced later.

Here is the official bracket. 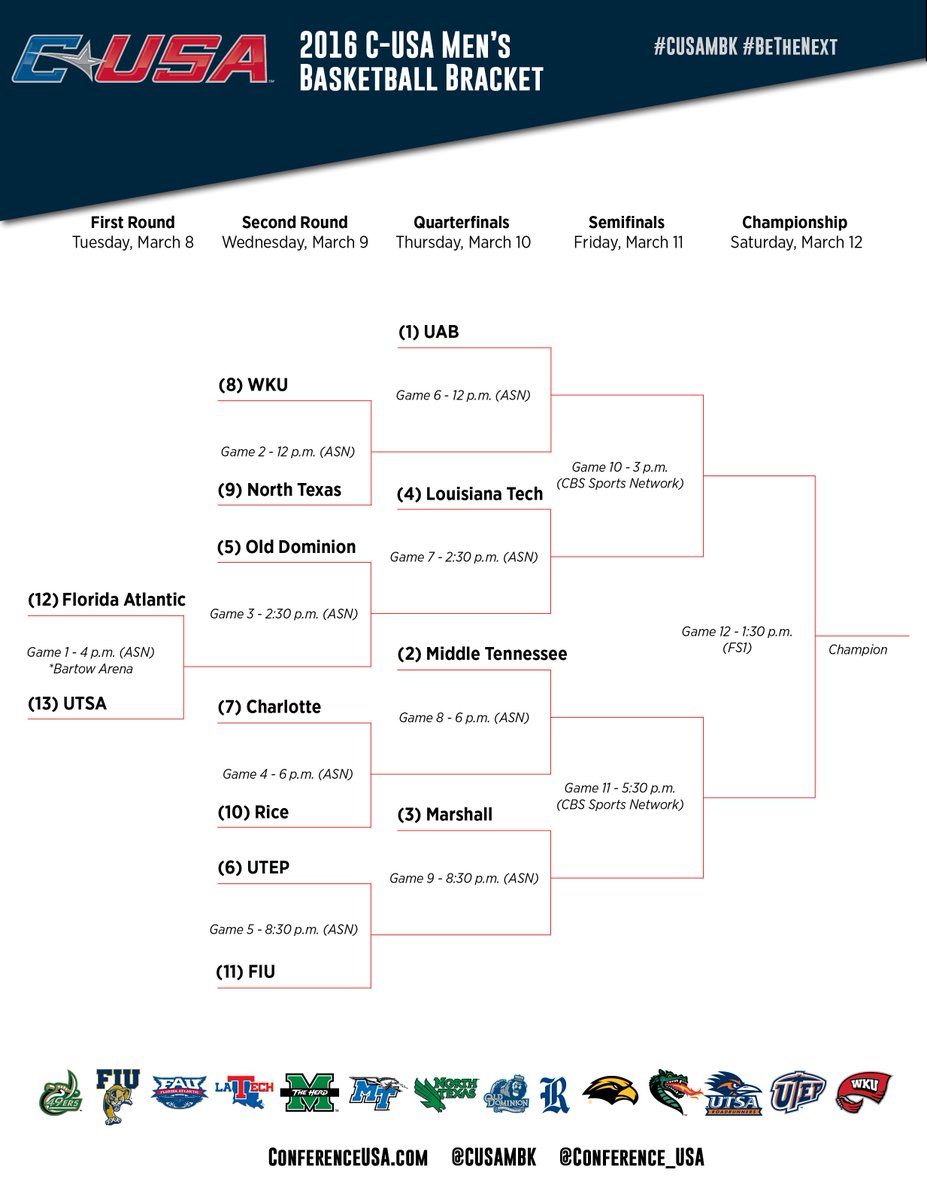