Keitha Adams has a few more days of practice and fine tuning before their tournament opener.

UTEP will open the Conference USA Tournament in the quarterfinals at 11 a.m. Mountain Time on Thursday March 10th inside Bartow Arena against either UAB or Southern Miss.

UTEP's quarterfinal game on Thursday will be aired on the American Sports Network.

The Miners will have Charlotte as the fourth seed, Old Dominion as the fifth seed, FAU as the 12th seed, and North Texas as the 13th seed on their side of the bracket along with UAB and Southern Miss.

Thursday's semifinal round starts at 10 a.m. on Thursday and will be televised on CBS Sports Network.

Here is the complete bracket. 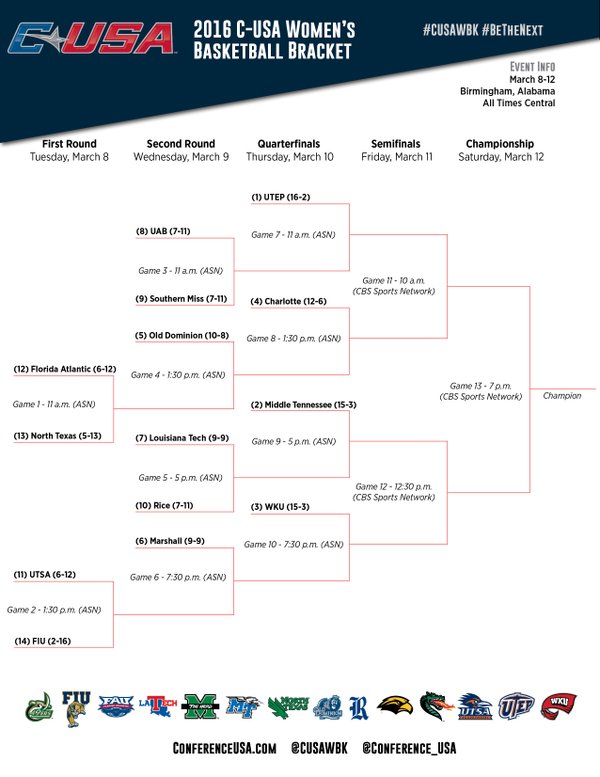 Make sure to stay tuned to MinerRush for coverage of all things UTEP sports. Also, make sure to on Twitter and as always do not forget to like our Facebook Page. Picks Up, and Go Miners!