A new QB1, but not much else changed from last week as UTEP prepares to face big bad Incarnate Word.

Mack Leftwich is dealing with a severe concussion, thus prompting last week's fourth quarter hero Ryan Metz to be the starting quarterback in UTEP's home opener this weekend and possibly for an extended period into conference play.

"Ryan Metz will be our starter." Sean Kugler said on Monday, "Mack is going to be out, probably for an extended period of time.  He took a vicious shot; he was out on the field. It was a scary thing."

Behind Metz will be junior Garrett Simpson, followed by freshman Kavika Johnson.

There are no other major changes this week as far as depth chart positioning goes.

UTEP also came out relatively healthy from Saturday's physical match up with the Aggies.

One of the keys to defensive improvement is depth chart continuity, and for the first time this year Sean Kugler explains keeping the same players from last week to this week in the same positions in the secondary could lead to improvement.

"When you got guys in different positions at all time there's communication issues from the front end to the back end." Kugler explained.  "This will be the first week heading into the next week that we're going to have the exact same secondary.  Everybody's healthy and everybody is going to be in the same position."

UTEP opens up the home slate this Saturday at 6:05 p.m. Mountain Time against the Cardinals of Incarnate Word. 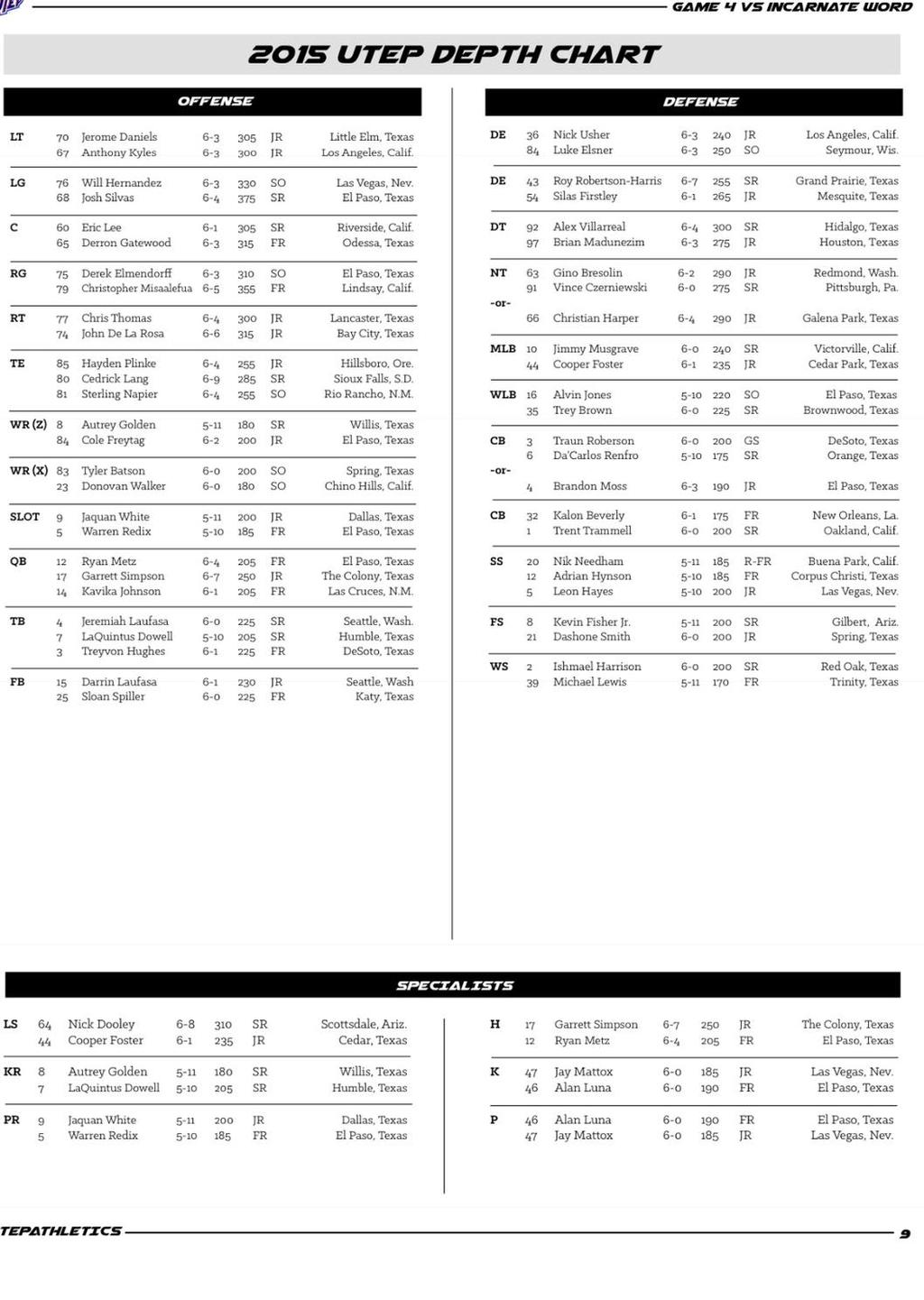