The Miners will be searching for a consistent replacement for Aaron Jones on Saturday, could they find two?

Coming out of spring ball, UTEP's running back depth chart looked to be loaded.

David Hamm was coming off a very strong spring after showing some potential glimpses in 2014.   Treyvon Hughes practiced for the first time after his gray shirt year, and Jeremiah Laufasa was working his way back from injury to be ready for call camp.

Then Hamm left the team and is now playing at McNeese State, and then of course Aaron Jones went down for the year leaving a huge question mark on what UTEP has done best on offense under Sean Kugler after just two games in 2015.

Laufasa has had a rough start to this season, averaging just over a yard per carry, but did average 7.2 yards on his six carries in 2014 before he missed most of last season with an ACL injury.

He displayed some versatility with a 30-yard catch and run touchdown last season against Texas Tech, and looked stronger in 2015 camp as a short yardage specialist.  The need for consistent production from the former Washington State transfer is vital for no-drop offs without Jones, as he will now be asked to do more than just push the pile on short down yardage situations.

Hughes is a former three star prospect who averaged more than six yards per carry, and rushed for over 1,400 yards in his senior year of high school.

The 6'2, 220 pound running back displayed some big play ability in the spring and in fall camp, but has yet to get going in 2015 with his seven carries resulting in negative three yards in his first two games as a Miner.

Both have that power, downhill running style style, though both have shown whether it was last year or this year in camp that they do have the ability to hit the home run.

How they will complement each other to equal production is a task for the UTEP coaching staff.

Both will become 1a, and 1b in the backfield against NMSU, mixed with more Wild Miner formations, and possibly more play action when it comes to passing.

Play calling balance, and whoever has the hot hand could decide the division in carries once either of them gets going in terms of racking up yards.

Either way you split it, or use them, both Laufasa and Hughes have the potential to breakout behind UTEP's offensive line.  With a week of reps and preparation, what was thought to be a weak point when Jones went down isn't totally lost if these two show their potential this Saturday.

The key for the coaching staff is mixing in run plays that they both excel on, but also being balanced in where their power, and ability to keep the chains moving replaces the home run ability Jones brought to the table.

Most will doubt these two having major impacts given the way the season has started for both.  But if each of them do happen to breakout this week, UTEP will have a legit tandem in the backfield replacing one the best running backs in the land.

"Aaron Jones, we will be without for a while." Sean Kugler said. "You can look at that as devastation for our team. I don't. I look at it as opportunities for guys and I look at it as an opportunity for our team to rally around each other and become a team, because it is not a one-man game. It is not a one-man sport. It is a team sport. And I anticipate our guys bouncing back immediately." 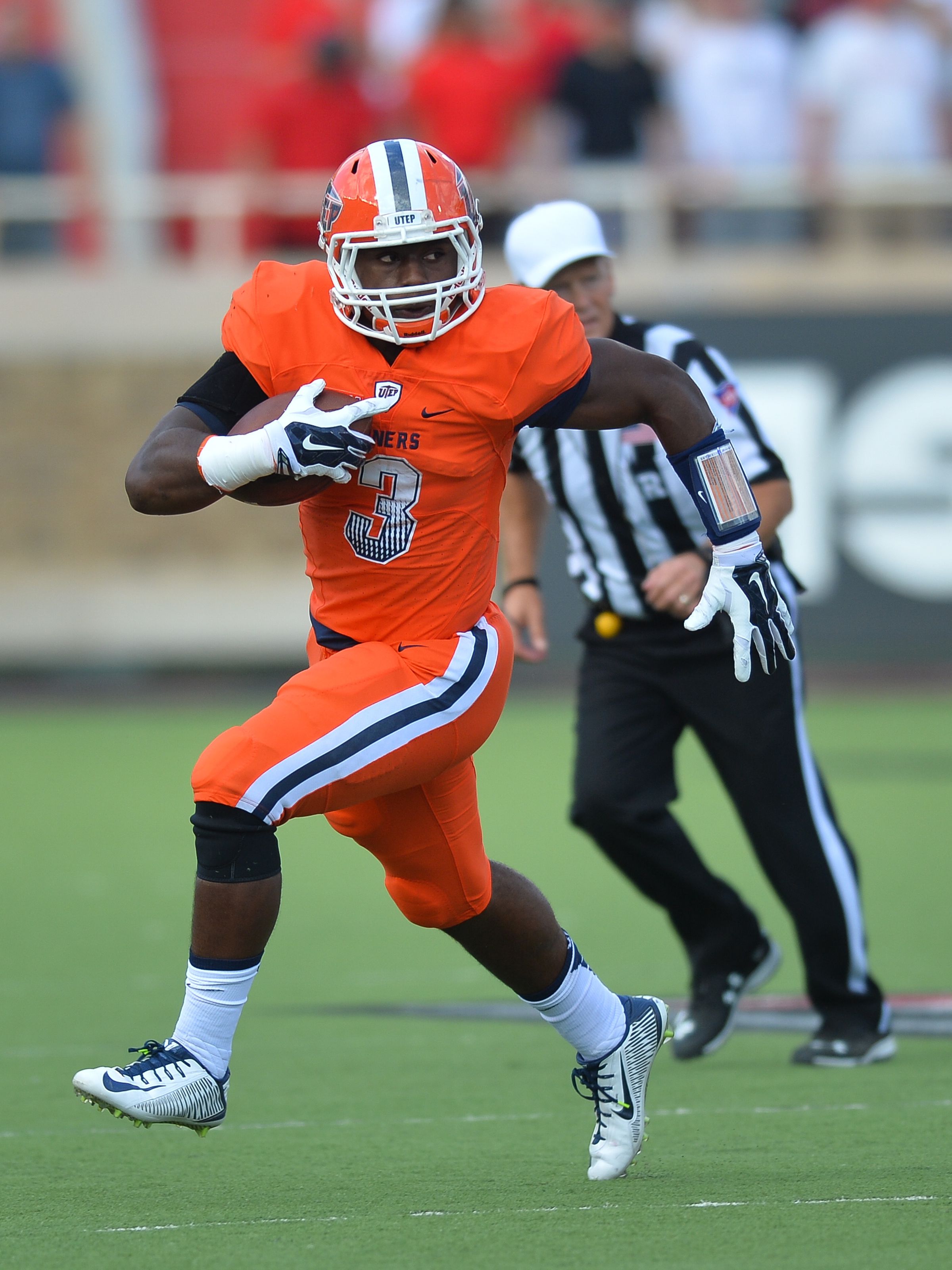