With the NFL’s preseason getting underway in full this weekend, here is where all your favorite former Miners are playing this fall in hopes of a roster spot.

Football season is pretty much here, and actual kind-of sort-of real games will start taking place Thursday night, and eleven former Miners have been in training camp the past few weeks trying to earn a job.

Here is who is on current NFL rosters.

Blake enters his fourth year in the league after a breakout year in 2014.  The Missouri City, Texas native piled up 42 total tackles to go along with an interception, and a forced, and recovered fumble last season.  Blake is currently listed second on the depth chart at cornerback, and is a notorious special teams ace. 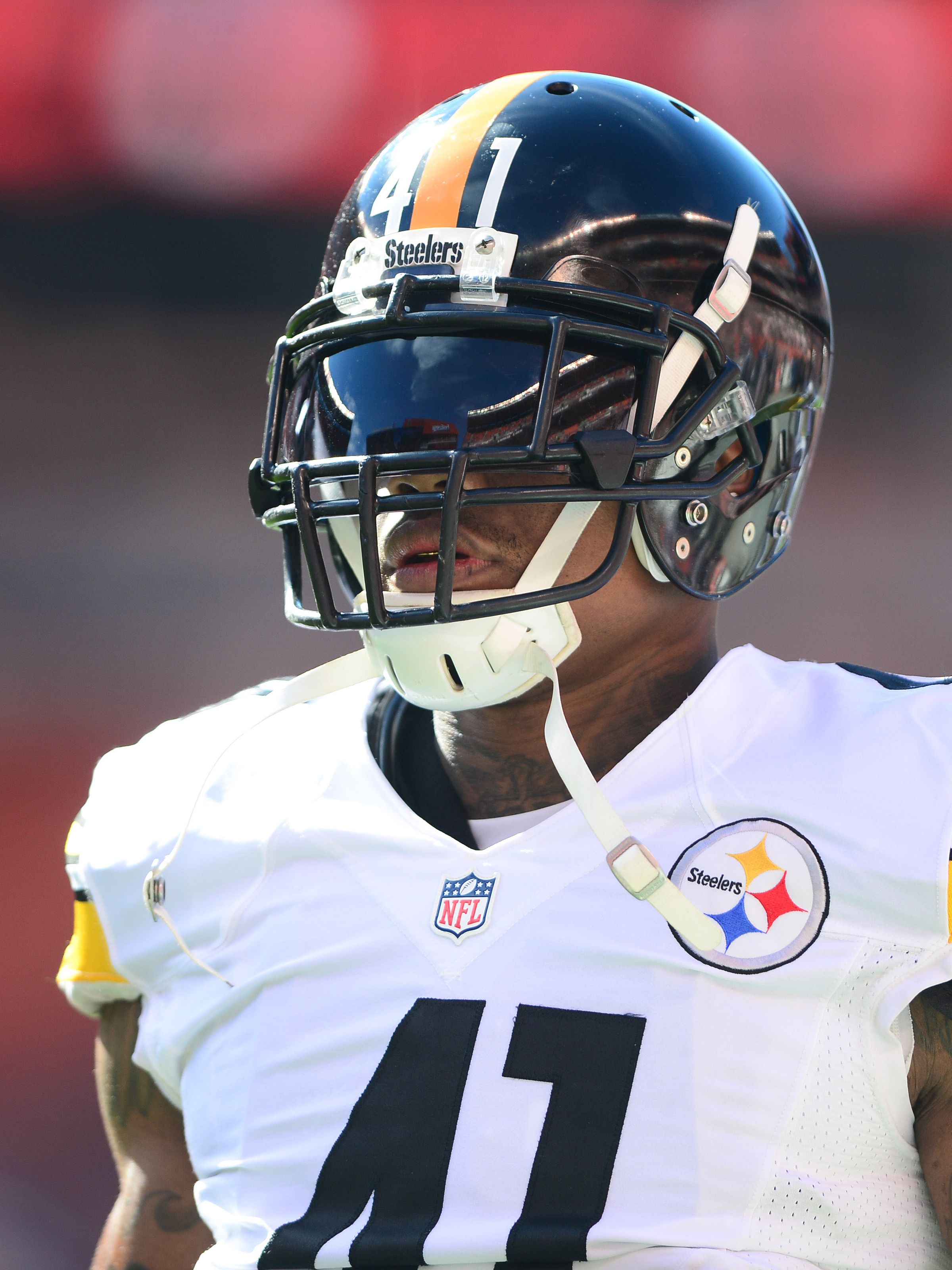 The rookie defensive back was a long shot to get a training camp invite in mini-camps during the spring, but the hardworking, and mentally savvy Miller earned himself a contract, and spot on the 90-man plus roster. The Bills haven't officially released a depth chart, but Miller earned rave reviews from Rex Ryan during mini-camps.  Special teams could be his way to earn a spot on the 53-man, his hard work, and quarterback like knowledge of defense will give him a practice squad spot at the least.

Banyard is in his third training camp with the Vikings, and rushed for 22 yards on seven carries, including a one-yard touchdown plunge in last Sunday's Hall of Fame Game.  He appeared in 15 games last season for Minnesota, rushing for 88 yards, and hauled in nine receptions for 62 yards.  His depth chart spot for this upcoming season appears to be in jeopardy with the return of Adrian Peterson, as he is listed below third string at the moment.  No doubt Banyard is a legit NFL running back who has been in the shadows of the best running back in the world the past three seasons.  He should latch on elsewhere if things don't pan out in Viking land. 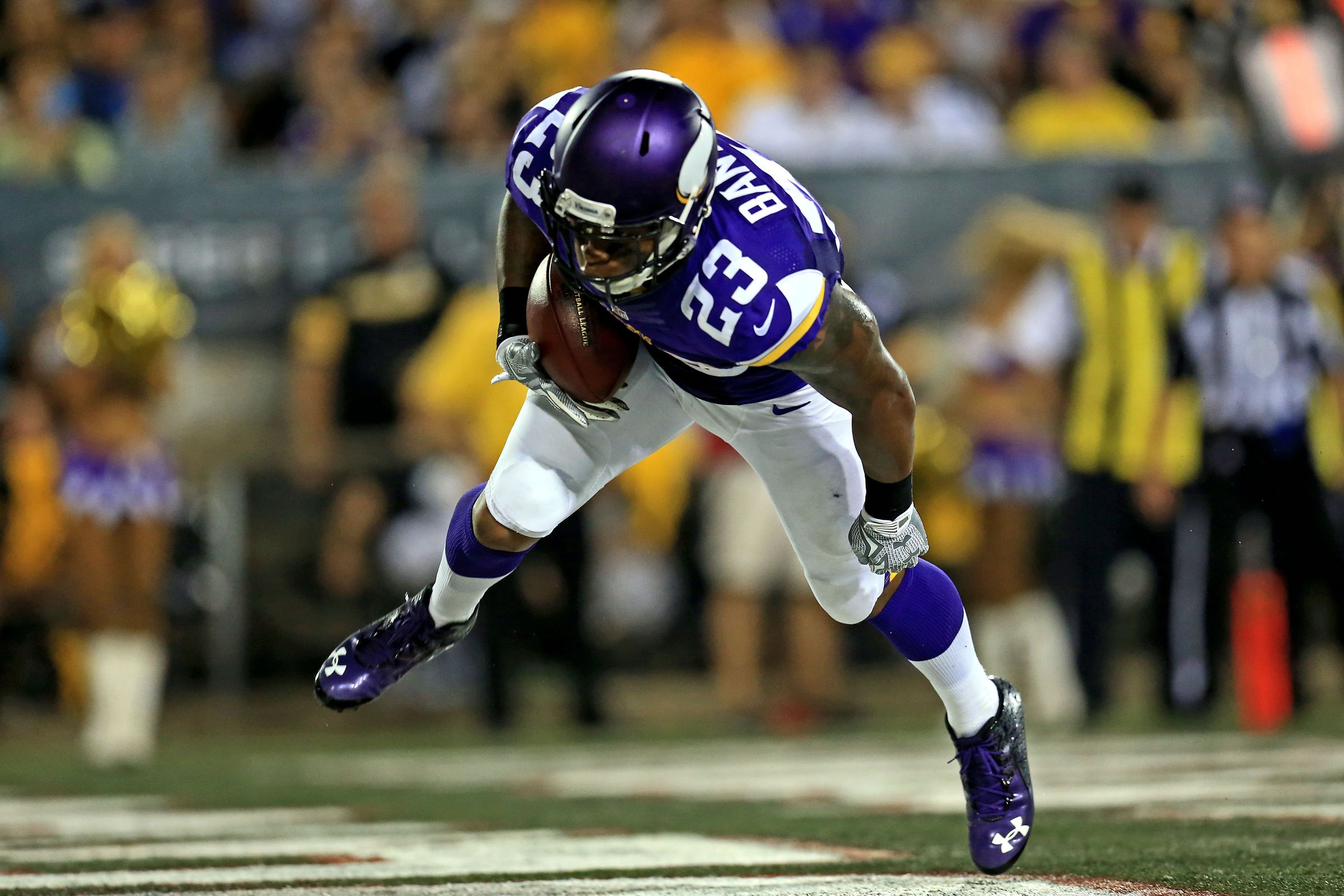 We can still claim Jordan Leslie as a Miner right?  The former UTEP, and BYU receiver is down on the Vikings depth chart as a receiver.  The 6'3 wideout had 973 yards receiving for UTEP in 2012, and should be hanging around NFL rosters the next couple of years with his NFL molded size, and abilities.

Showers has took his NFL opportunity in stride, and is doing everything possible to stick on with the Cowboys.  He has been taking reps on special teams, and recently received a good amount of reps at third team quarterback.  Jameill taught me a thing or two about reading defense's and such during his time here via interviews I had with him.  He is a student of the game and his athleticism is something the Cowboys are valuing very high right now. 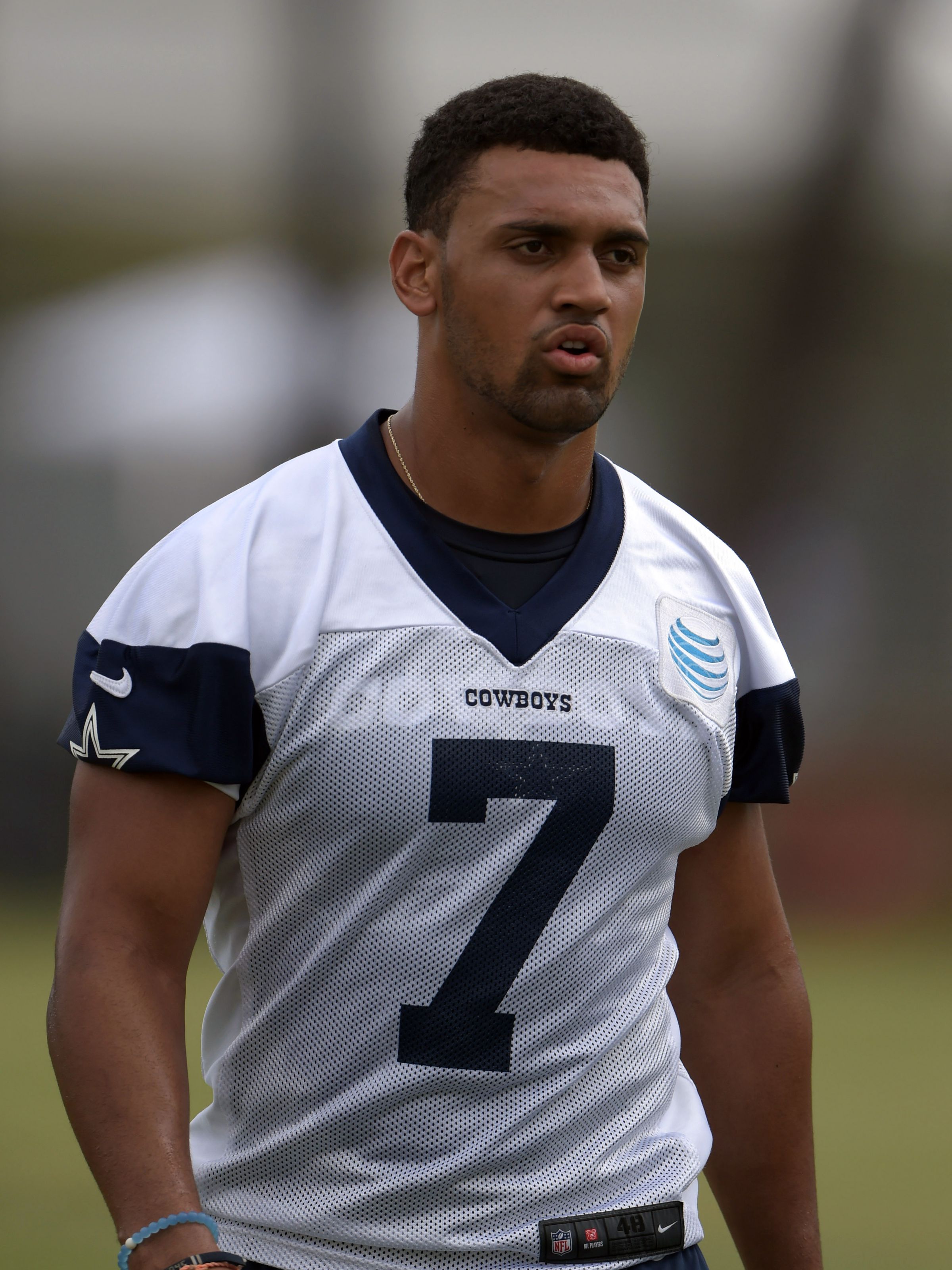 Dorenbos is the best long snapper in the NFL.  The magician, humble humanitarian, and overall cool ass dude went 164 out of 168on his snaps last season, and had two special teams tackles en-route to a 2015 Pro Bowl selection. He is one of the higher paid long snappers in the league in his 13th year as a pro. 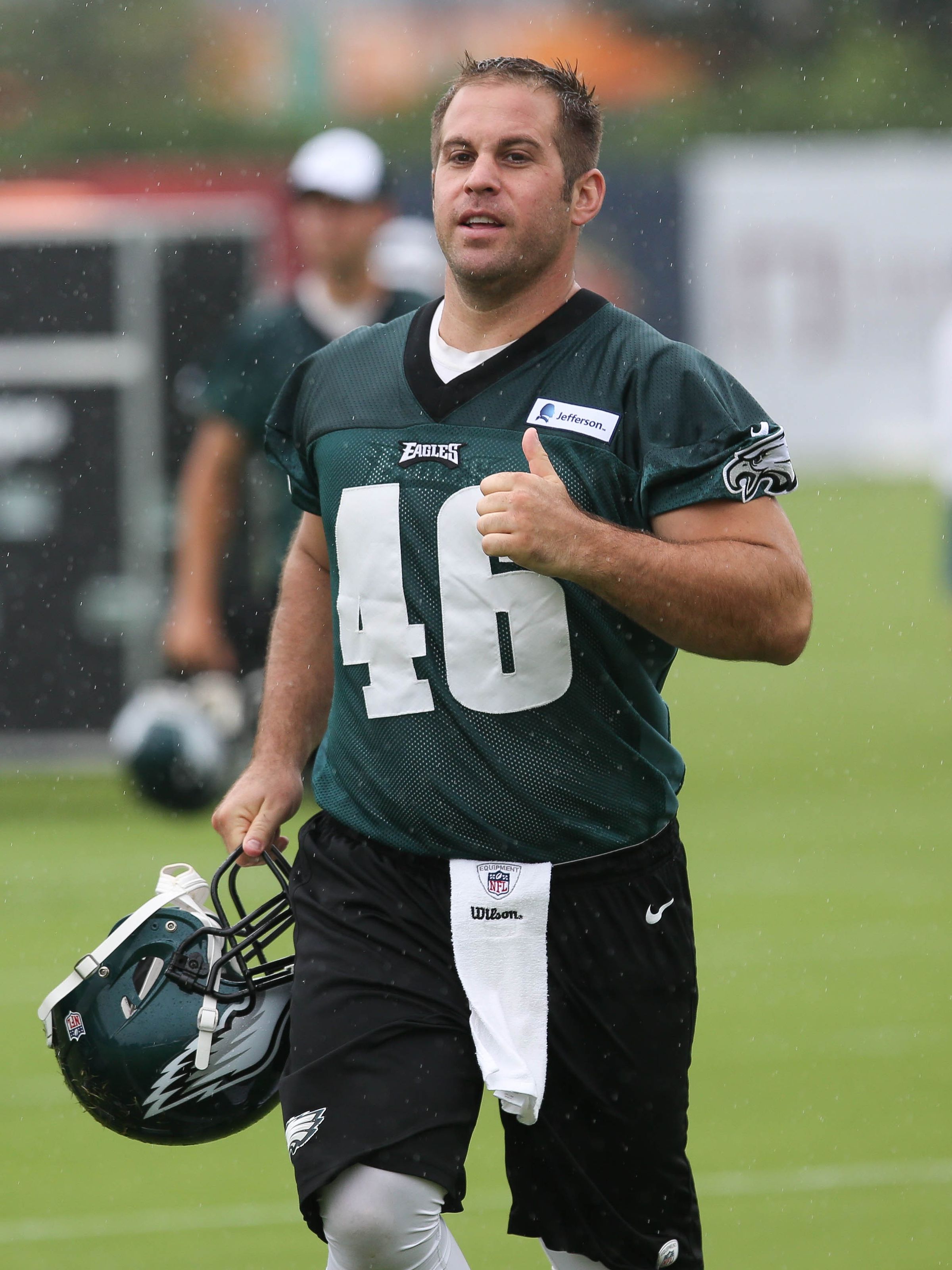 He had one of the best beards out of all the 2015 NFL prospects, and the versatility in his game isn't too shabby either.  With the ability to even play along the offensive line, the preseason will be an interesting one for the Klien, Texas native.  The Eagles do utilize the tight end a whole bunch in their offense, if Tomlinson has a strong preseason, expect him to crack the 53-man roster.  Either way his NFL fate falls with Philly, he is another guy who will be around the NFL experience for the next couple of years.

After three years with the Steelers from 2011-2013, DC-Smith went 10 months without being on an NFL roster until the Redskins picked him up during last year's training camp. The 6'2 safety has two years of NFL time, and is fighting for a spot at cornerback as he is listed third on the depth chart at corner for the Redskins.

Miller enters his second NFL training camp with high hopes of joining my Oakland Raiders.  Oakland is the third NFL franchise that has gave Miller a look, and all the reports out of Napa say Miller could find him an NFL home in Oakland with a strong preseason. Miller fits the mold of current Raider linebackers on the roster; fast, athletic, and can get after the passer.  He is listed third on the depth chart at the Will Linebacker spot heading into the first preseason game for Oakland on Friday night. 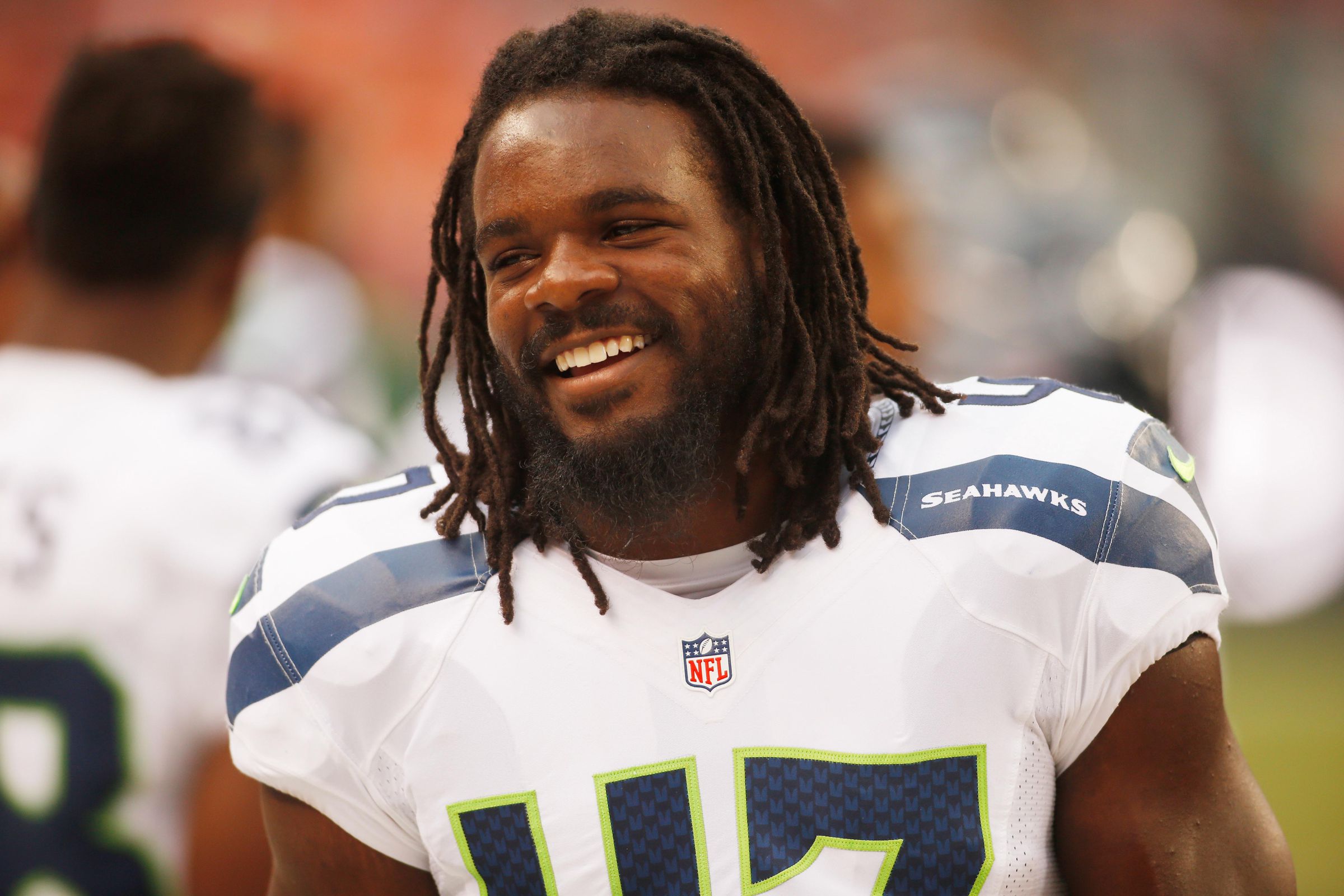 Woodard has been on the St. Louis Rams practice squads the past couple of years, and has been in the mix for a spot on Arizona's depth chart at corner the past few weeks.  The Bay City, Texas native originally signed with St. Louis in 2013, and signed with the Cardinals back in January, although he is currently nursing a groin injury.  The former JUCO transfer appeared in 21 games for UTEP and recorded four interceptions as a Miner in 2011, and 2012. 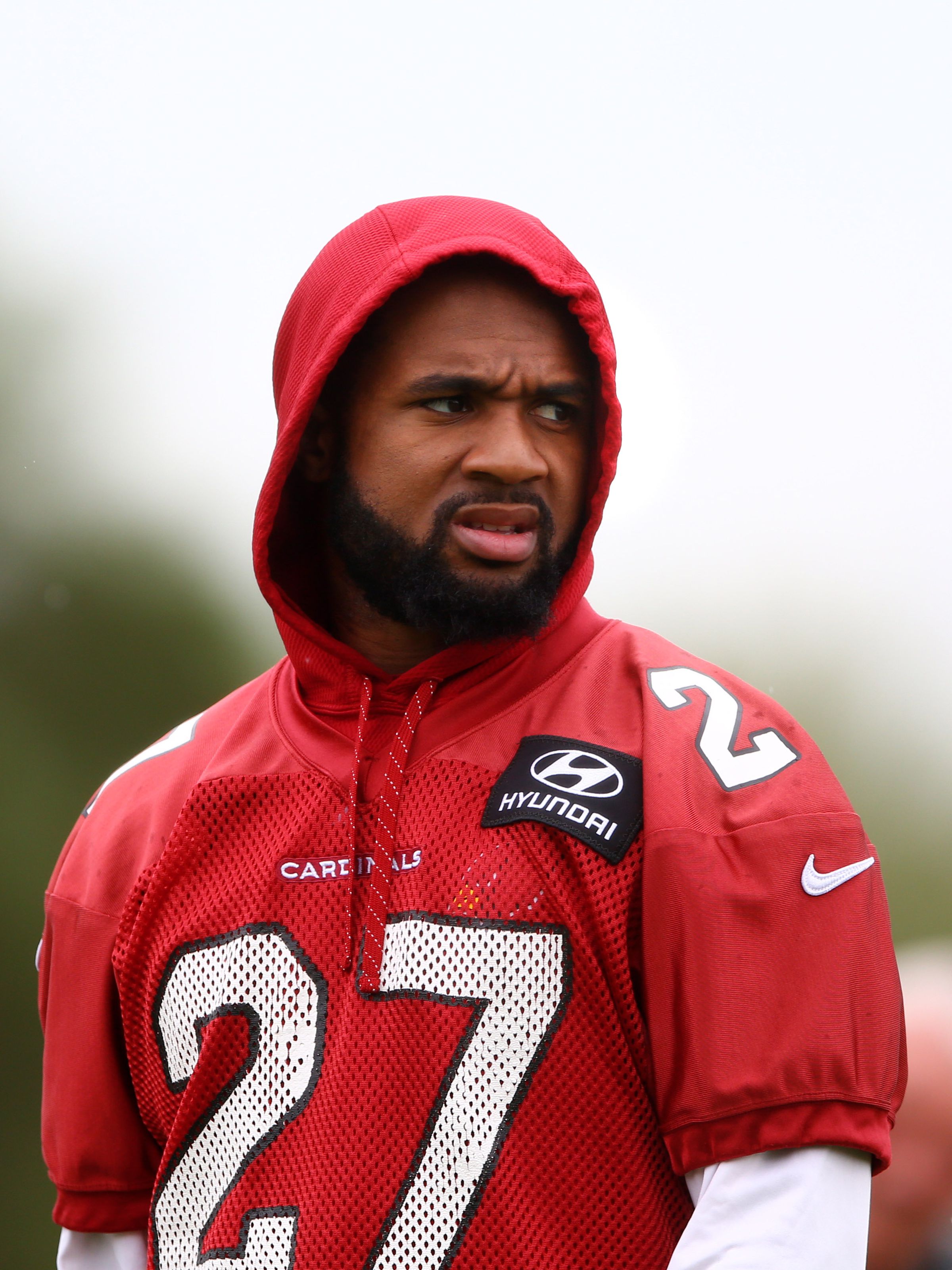 He is not officially on the Steelers roster, but did participate in rookie mini-camp and this tweet verifies he has been in training camp.

#40 looks like Josh Bell, who was in rookie minicamp with the team. Out of UTEP.

Bell was an important part of the UTEP offense, as an early down rusher, and rotation third-down back.  His niche was special teams the past two seasons, something I'm sure Mike Tomlin is well aware of.