UTEP basketball's 2015 newcomers will make the local media rounds over the next couple of weeks, first up is Paul Thomas.

Houston native and UTEP freshman Paul Thomas spoke with the El Paso media for the first of many times Thursday, and said he is really impressed with his new teammates so far in summer workouts, and is comfortable in calling El Paso home for the next four years.

"The chemistry is great." Thomas said of his new teammates.  "Right off the bat they made me feel at home and we're working really hard in the gym and in the weight room.  Every day we get in the gym and play pickup, Terry Winn, Omega Harris and Dominic Artis, those are great players."

When Vince Hunter declared for the NBA draft, fans maybe felt there would be pressure for Thomas to fill in a similar high production role, but the well-spoken 6'8 forward's mindset did not change from when he originally signed even with the possibility of added minutes as a true freshman.

Despite the dry El Paso heat, the four star high school prospect has lots of love for his new home, and is surely going to represent the program at a high level on and off the court.

"It's hot, but the people here are great." Thomas said of his short time in El Paso so far, "The campus life in the summer is pretty vibrant for it to be a summer class and I love the food here."

Versatility is a main niche in Thomas' game, giving UTEP a long and legit inside-out scoring threat, who can fill up a score sheet in a magnitude of ways, and will be relied upon for rebounding assistance and pesky defense with his length and ability to guard multiple spots.

Attributes that will help this current, new group of Miners win games, and mold Thomas into a future fan favorite, along with the potential of becoming another Miner great. 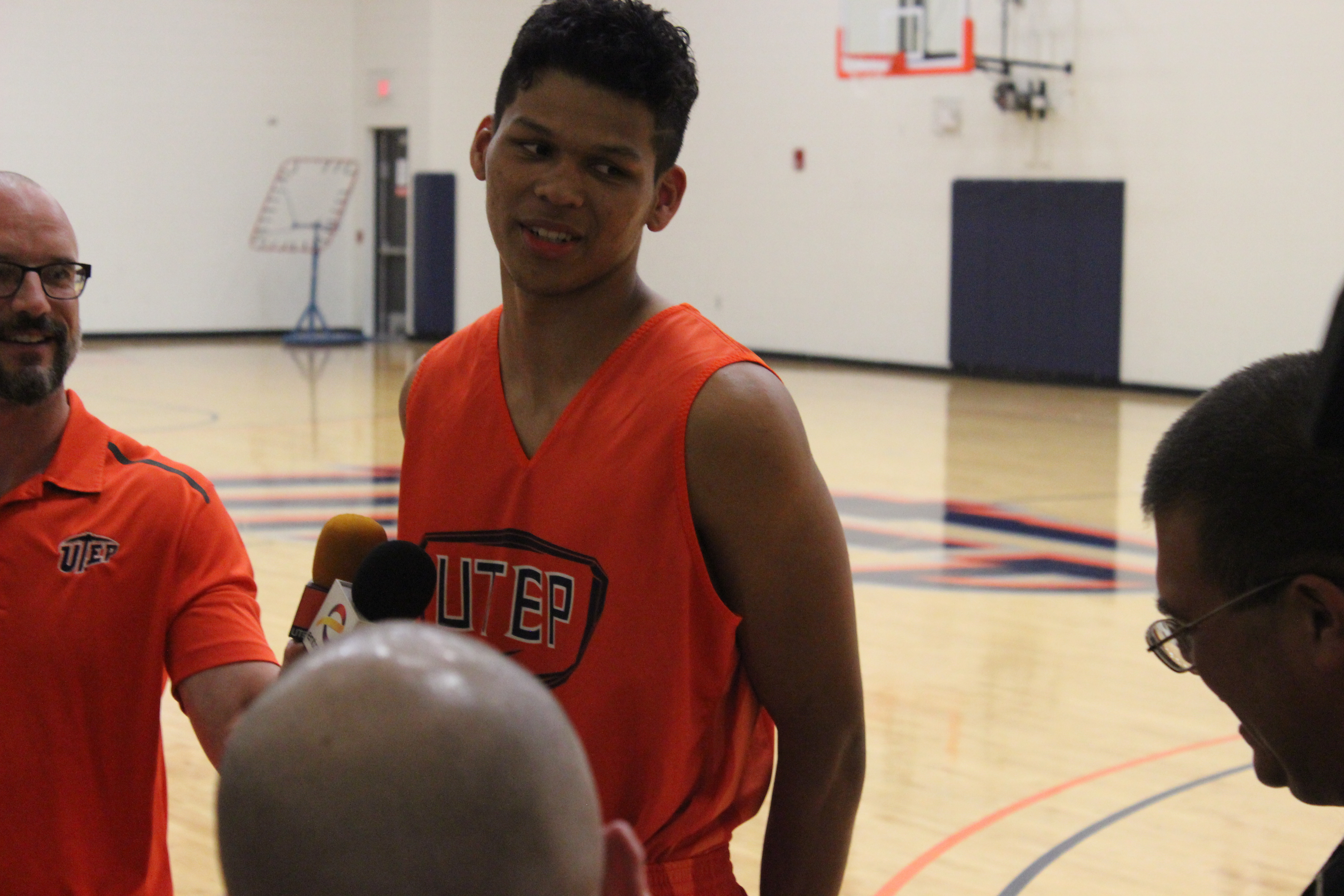