The UTEP football team lost some much needed defensive line depth last night as 2015 JUCO signee and defensive tackle DeMarcus Womack announced he has been officially released out of his LOI. 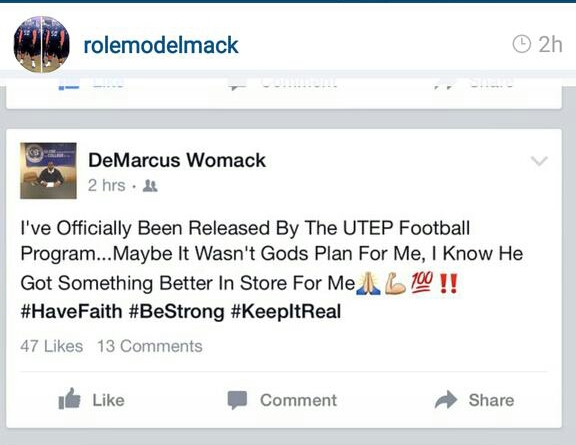 Womack posted the news on his social media accounts about his departure, and confirmed it to us as well, but no reasoning behind it was given.

Originally from Orlando, Florida, Womack had played the past two seasons at the Globe Institute of Technology in New York, leading the team in tackles for loss this past season and was a two year starter.

During his recruitment this past season, he chose UTEP over Bethune-Cookman, Womack has not announced plans for a new destination.

Make sure to stay tuned to MinerRush for coverage of all things UTEP sports. Also, make sure to Follow @sbnminerrush on Twitter and as always don't forget to like our Facebook Page. Picks Up, and Go Miners!