Keitha Adams' and her Miners look to play spoiler in the 2015 Women's C-USA Basketball Tournament.

The Miners return to Bartow where they fell 67-52 to the Blazers back on January 29th, tip-off is scheduled for 10:00 a.m. Mountain Time Wednesday, American Sports Network will carry the game, but no listings have been released.

Winner meets two seed Southern Miss. on Thursday at 10:00 a.m. Mountain Time which will also be televised by the American Sports Network.

Western Kentucky is the number one overall seed, Middle Tennessee is the two seed on the Miners side of the bracket.

The first two rounds will be played at Bartow Arena, then the semi-finals and finals will held at Legacy Arena in Downtown Birmingham.

All first round and quarterfinal games will be televised on the American Sports Network, CBS Sports Network picks up the semi-finals and championship game. 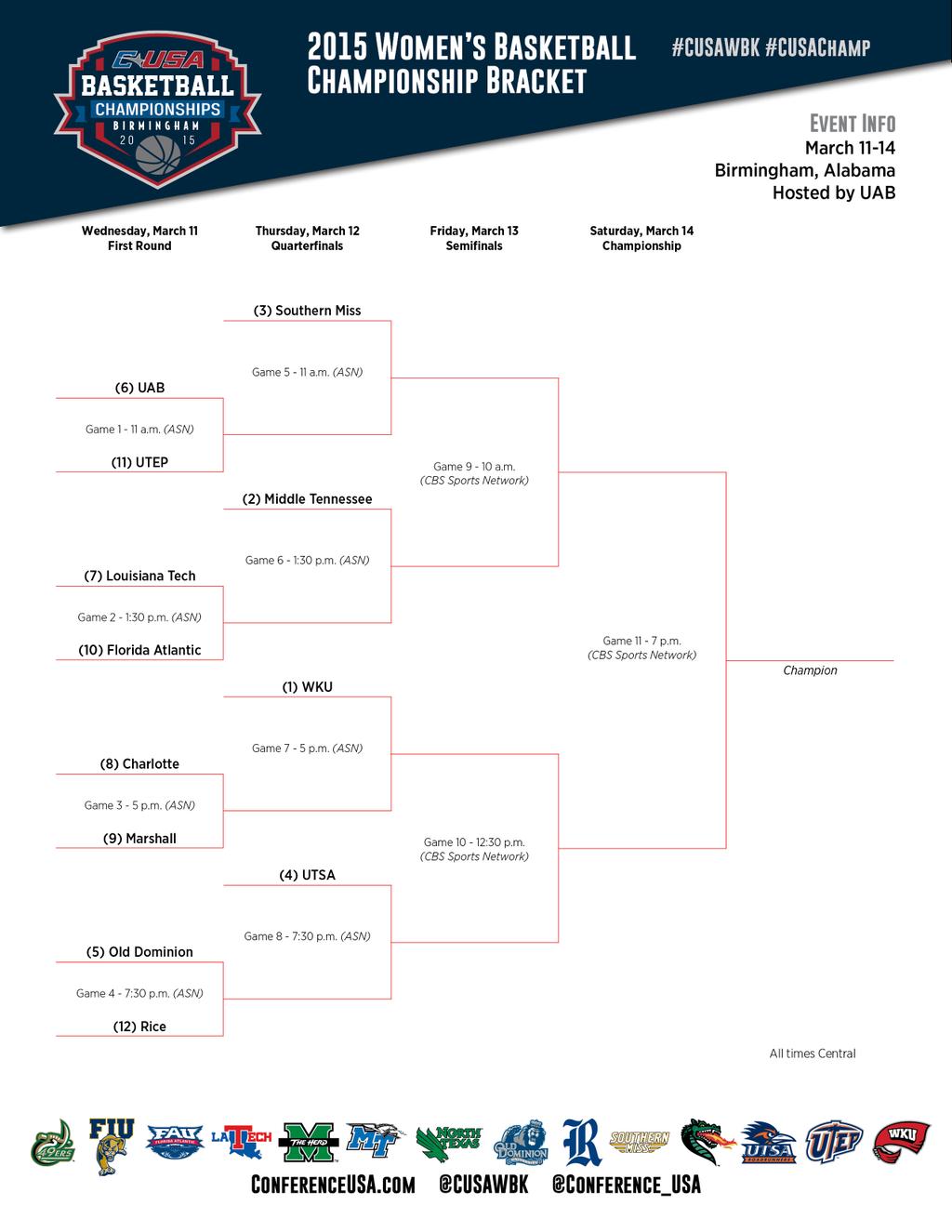