The postseason is officially here.

UTEP will play either UTSA or FIU who meet in the first round on Wednesday at 11:00 a.m. Mountain Time.

The Miners will tip-off their tourney run at 11:00 a.m Thursday to open the day's quarterfinal action from Legacy Arena in Birmingham, Alabama.

On the other side of the Miners' bracket sits Old Dominion who will face either Charlotte or Middle Tennessee on Thursday.

All first round and quarterfinal games will be televised on the American Sports Network, CBS Sports Network picks up the semi-final games, and Fox Sports 1 will show the championship game Saturday at 1:30 p.m. Mountain Time. 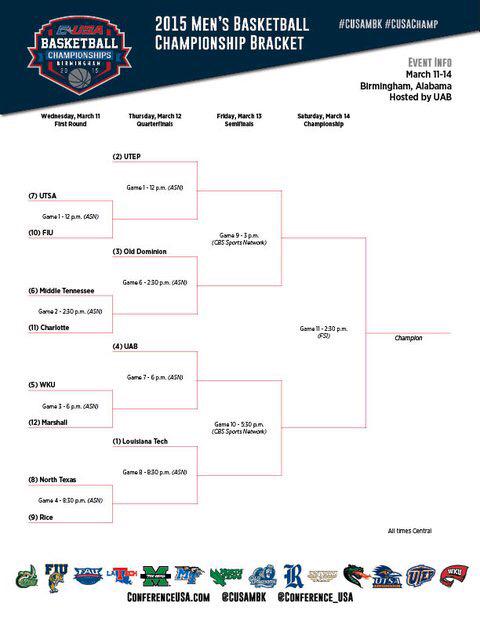 Make sure to stay tuned to MinerRush for coverage of all things UTEP sports. Also, make sure to Follow @sbnminerrush on Twitter and as always don't forget to like our Facebook Page. Picks Up, and Go Miners!