You expected Vince Hunter along with the veteran core to be factors this season, but Earvin Morris has brought an extra lift to this team all season long.

We've seen the well documented rise of the UTEP senior class during this win streak, but what cannot be forgotten or overlooked is the play of a JUCO transfer who has transformed the UTEP back court into a major strength heading down the stretch of the season.

The steady play of Earvin Morris has been critical during the win streak, but his confidence, toughness, energy, and scoring ability is something Morris has consistently brought all year long.

"I feel like this is something I do." Morris said of his performance so far this season.  "I feel like I really can play, at my first school coming out of high school (Kent State) I feel like they made a mistake and I've always had a chip on my shoulders to prove that I can play at this level."

I always feel there is something special about players from Memphis and how they play the game with a different level of hard nose toughness.   They are flat out tough, both mentally and physically, they can score and play around the rim, and do all the hard nose aspects that it takes to win, something Morris has brought since the first practice of the season.

Yes Morris has scored in 22 consecutive games, yes the Miners are 5-0 this season when he leads the team in scoring and 14-2 when he reaches double figures, and yes he has hit at least one three pointer in 15 out of his last 16 games.

But was doesn't show up on the nightly stat sheet are the five charges he has took this year on defense, the energy he relays to the team after a big basket or stop, and the mental, and physical toughness he brings on a game-by-game basis.

Even before Morris committed to UTEP, coach Floyd always talked about JUCO players needing a year before they breakout, but Morris just needed a few games to get going this season.

"He's done that over and over again for us," Coach Tim Floyd said of Morris' game versus UTSA, "A lot of times it takes these junior college players another year to get it figured out, but he's a guy that make goals, and he's got confidence in it. Sometimes too much confidence, but he's got a lot of confidence and you want that, and he'll take that with him on the road."

His breakout performance was his 15 point, 6/9 from the field effort against Xavier in the Wooden Legacy which back then showcased how important his scoring, and defensive presence would mean going forward.

UTEP has three seniors and a super sophomore who have been ingrained as leaders, and guys to look for over their time as Miners, but Morris is right there in the scouting report with his experience, big performances this season, and his accountability that makes him a leader for this UTEP team.

Every time Morris makes a mistake, there is no pouting, head hanging or cursing, he simply pats himself on the chest towards his teammates with his chin high, and usually makes up for it on the other end with a big momentum grabbing play.

That accountability, and the way he has bolstered the UTEP back court with loads of versatility has earned him the utmost respect and trust as a leader and play maker among his teammates.

"Its big when you know have somebody out there who you can ask to defend just as good as I can," Julian Washburn said of Morris. "Him and C.J. hit a lot threes against UTSA, and we're going to need that.  Those are two great shooters and when they're hitting we're very tough to beat."

C.J. Cooper felt the same relief when talking about the Morris factor.

Morris frustrated the smaller and less athletic UTSA guard Keon Lewis, and smothered ODU's Aaron Bacote the week before, but that is something he has been doing to opposing guards all year alongside Julian Washburn.

The length, athleticism, and flat out will both Washburn, and Morris bring to the table defensively for UTEP is very problematic for smaller guards, most of whom haven't seen that type of length and athleticism.

Morris has a knack for cleanly pick pocketing smaller guards above the three point line which totally disrupts any flow of starting the oppositions half court set, and if you ask most I'm sure they'd say Morris is one of the best defensive pests in the league.

"We're a real good defensive team," Morris said of UTEP's defensive versatility, "We can get real aggressive because we're pretty long and we have reinforcements once guys get tired."

His smooth offensive game has fit right into UTEP's offensive flow and like Cooper and Washburn noted he makes UTEP a tough team to guard when he is scoring at will.  He can be a set shooter, come off screens, and he also brings the ball up and gets the team into offense from time to time, and is one of UTEP's most explosive, and efficient players in the open floor.

Against LA Tech, Morris will have to continue being the steady, and tough defender he has been all year, but also has to be able to answer the Bulldogs' elite guards on the offensive end as well.

Morris should be a top candidate for the conference newcomer of the year award, not only for his stats,  but for the way he has perfectly fit in the UTEP lineup, playing with the confidence like has been here for the past two years. 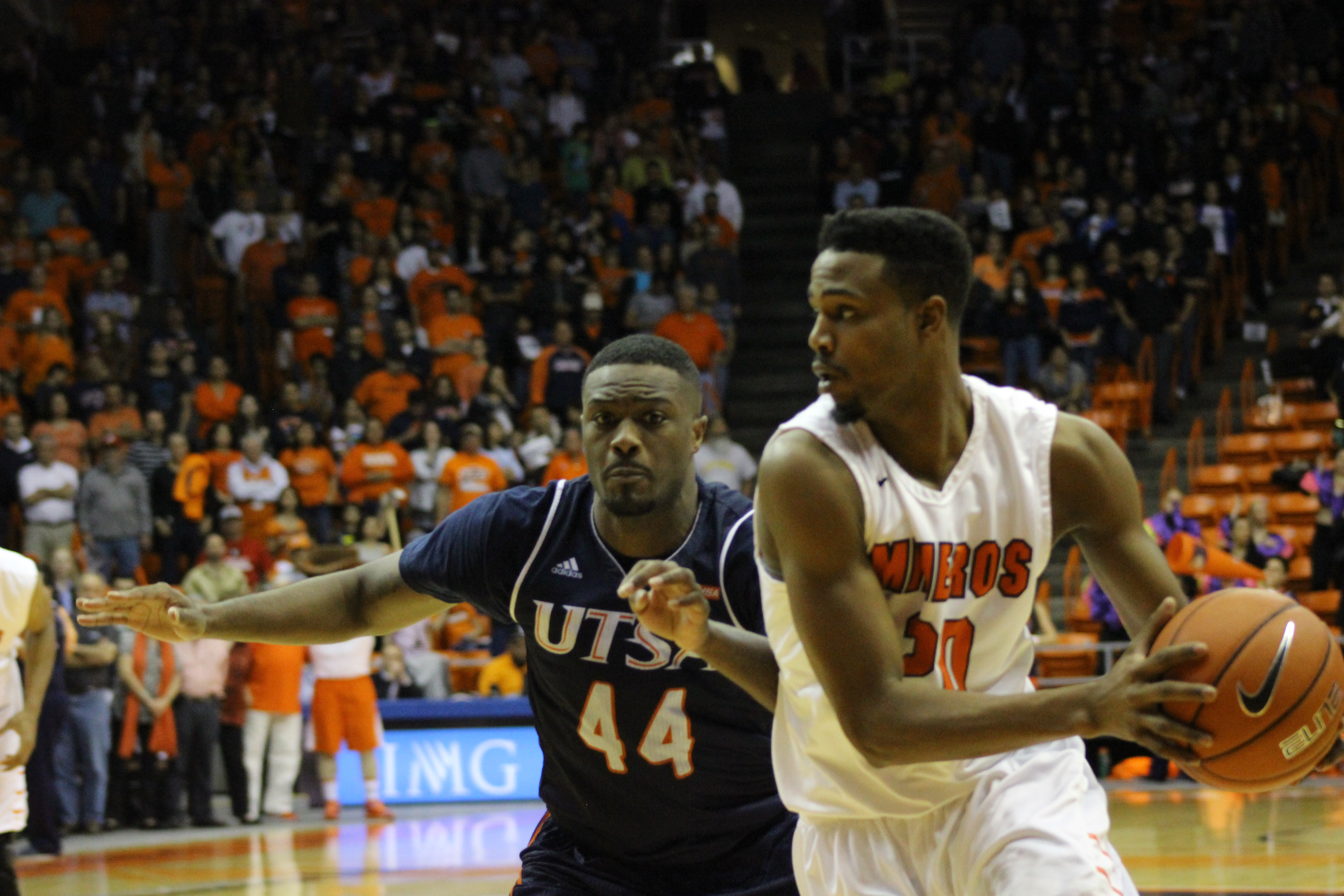