This week’s depth chart could be glued and pieced together according to Sean Kugler.

Uncertainty with health at quarterback, running back, tight end, and along the offensive line makes this week depth chart a complete enigma here on a Monday.

Sean Kugler said on Monday that quarterback Mack Leftwich is questionable with what the injury report described as "body",  while running backs Jeremiah Laufasa and Treyvon Hughes are also questionable.

Laufasa has been battling a knee tweak, and Hughes suffered a high ankle sprain against Old Dominion last week.

Also on the injury report is number one tight end Hayden Plinke who has an MCL injury.  His status is also up in question for Saturday.

If Mack Leftwich is unable to go this week, Sean Kugler confirmed that Ryan Metz would be the starter at quarterback.  Metz will also replace Garrett Simpson at holder.

Kugler indicated freshman TK Powell will get more carries at running back, as will Warren Redix and Kavika Johnson as UTEP pieces together a running back depth chart.

Along the offensive line, Derek Elmendorff is listed as an or with Anthony Kyles at right guard.

On the defensive side Nik Needham who was not the depth chart, and did not play last week according to the official box score is back on the depth chart this week at cornerback. 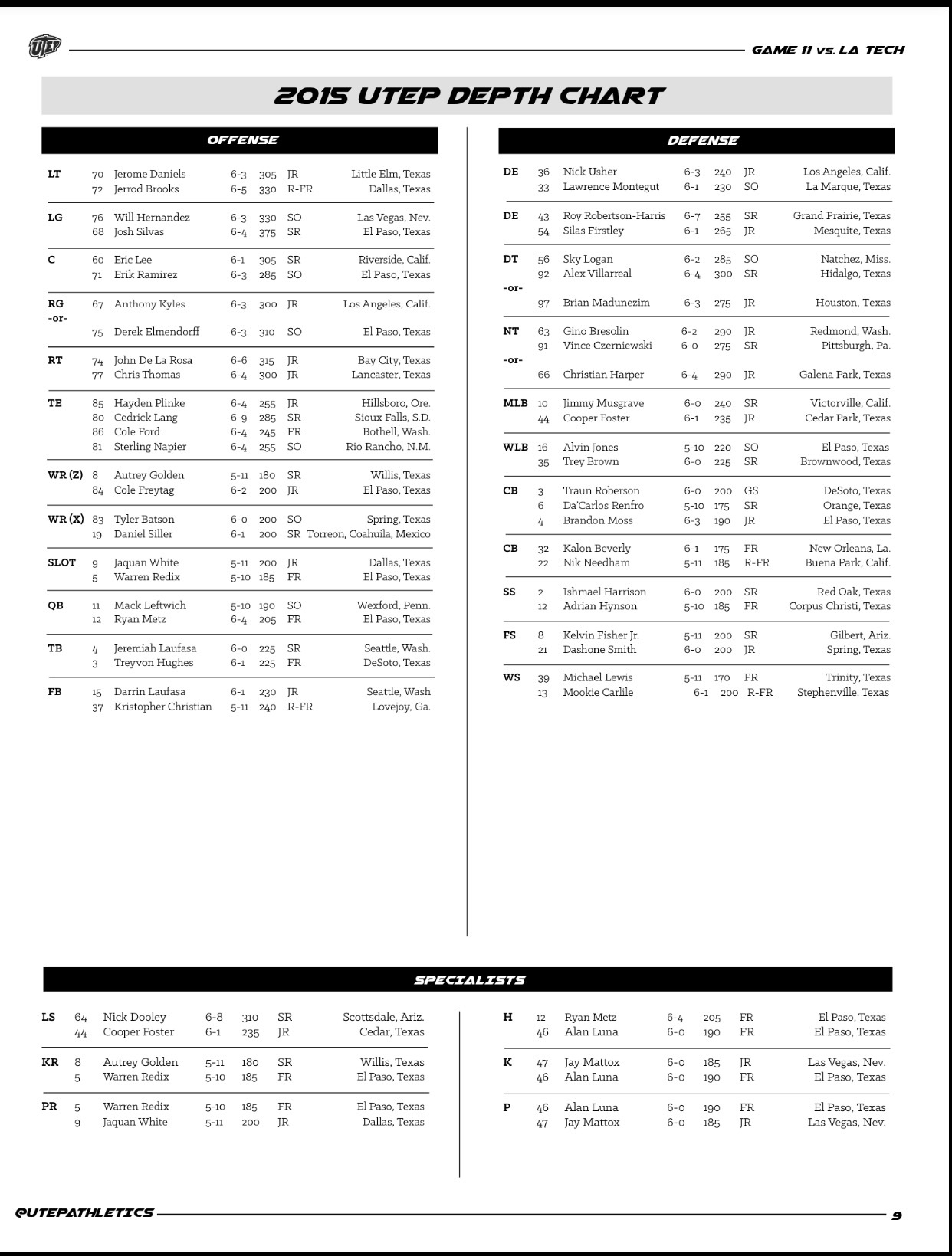