Not much changed from last week, but it looks like UTEP will be down a defensive back this weekend.

Some kind of good, and definite bad news on the injury front as UTEP prepares for their first C-USA road trip of the season.

Kelvin Fisher Jr. left Saturday's loss with a leg injury, and is out this week according to Sean Kugler, no official timetable was given.

The sort of good news is Alvin Jones and Ishmael Harrison who both left Saturday's games are still listed on this week's depth chart, but both are questionable according to Sean Kugler on Monday.

UTEP will replace Fisher with a rotation of Dashone Smith, and Mookie Carlile at free safety.

Freshman Cole Ford continues to be the third tight end as Sterling Napier provides some fullback depth, and Kristopher Christian is now listed as the third fullback.

Kugler also talked about the possibility of getting Darrin Laufasa back as a full go this week.

Also of note, BYU transfer and defensive back Trent Trammell has not been on the depth chart the past two weeks, but is still on the official UTEP roster as of today.

Garrett Simpson is again listed as the backup quarterback to Ryan Metz, and no other major changes were made on Sunday. 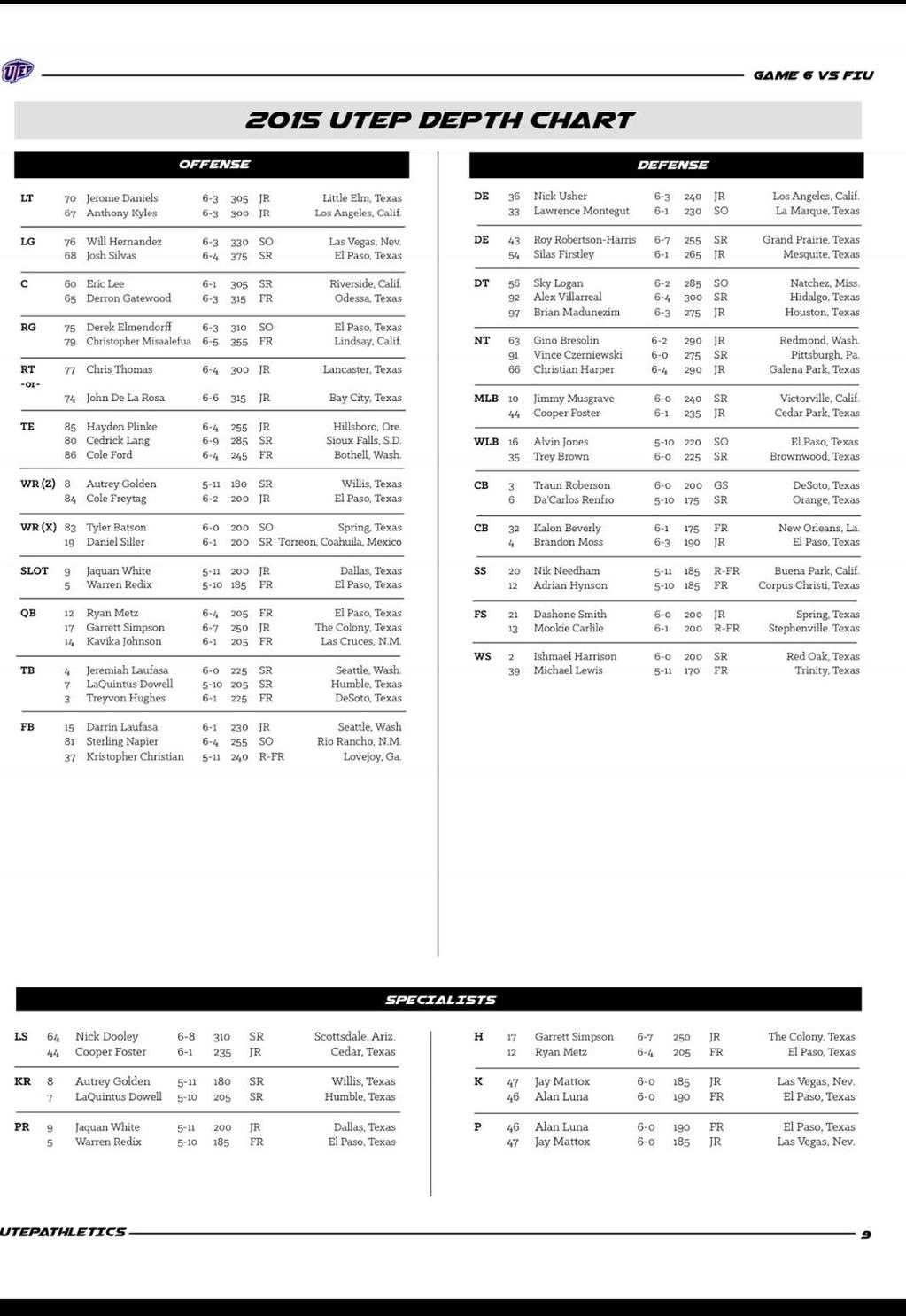