UTEP will have a few healthy starters back to start the second half of the season.

Mack Leftwich is back as the starting quarterback, while Kelvin Fisher Jr. is back healthy and is listed at starting free safety for this week's game against FAU.

The only other noticeable depth chart change is at tight end where Sterling Napier is now back on the depth chart as the third tight end after helping out the fullback position the past couple of weeks.  Napier is UTEP's best blocking tight end and should help out in the running game this week.

The biggest question over the bye week is where does Garrett Simpson stand on the quarterback depth chart.  On this week's released depth chart Simpson is listed as #2 and Kugler indicated Monday he will be the #2 quarterback this week.

"Garrett will be the #2 quarterback," Sean Kugler said.

Kugler also said the key for Garrett to see the field is between head coach and player, but his comment on Simpson still is unclear on who really is quarterback #2.

"That's between me and Garrett," Kugler said when asked what will it take for Garrett to see the field.  "And he knows what he has to do. He's got some things he needed to do in order to get on the field, and those things haven't been done."

Kugler said Kavika Johnson will still have his set of packages, and Ryan Metz will not be "put off to the side" for the remaining games on the season. 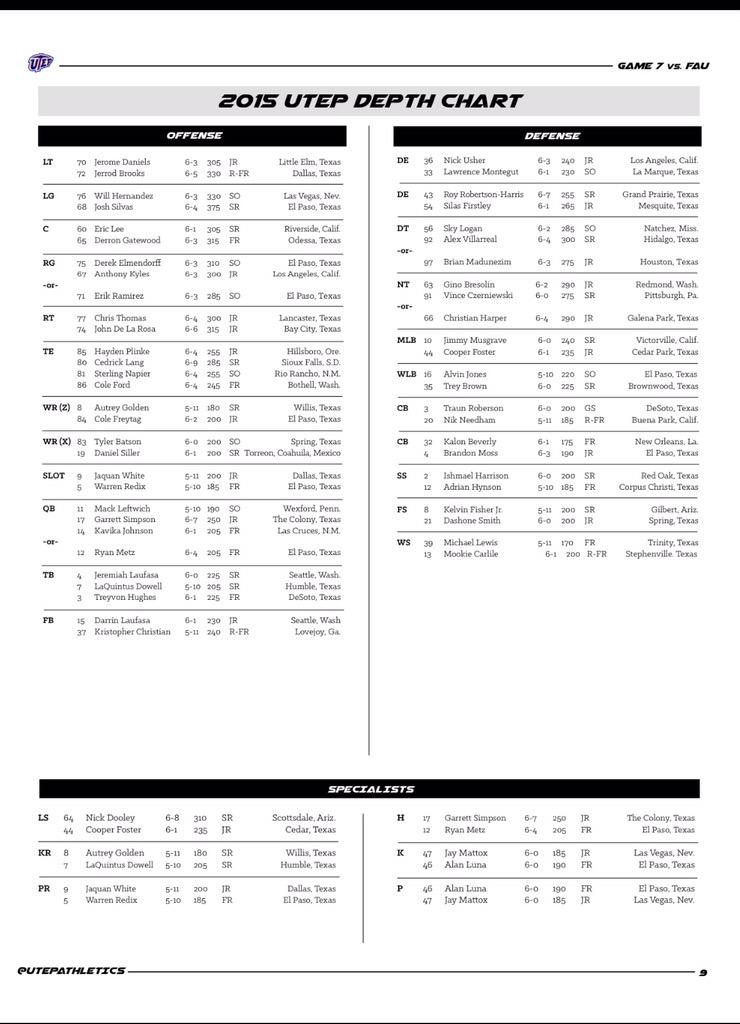