UTEP football: How many Miners get a legit NFL look this draft season?

I try to put on my best Mel Kiper hair-do and look at who will get a NFL shot, and who else deserves one.

Share All sharing options for: UTEP football: How many Miners get a legit NFL look this draft season?

2008 was the last time a UTEP player was drafted by a NFL team, this season it appears the trend could possibly continue.

Although a few seniors could get legit NFL shots as other former Miners recently have through free agency. and a number who have had legit looks in mini-camps, and combines from the shield.

Here is the "MinerRush UTEP big board" of draft eligible prospect for 2015. 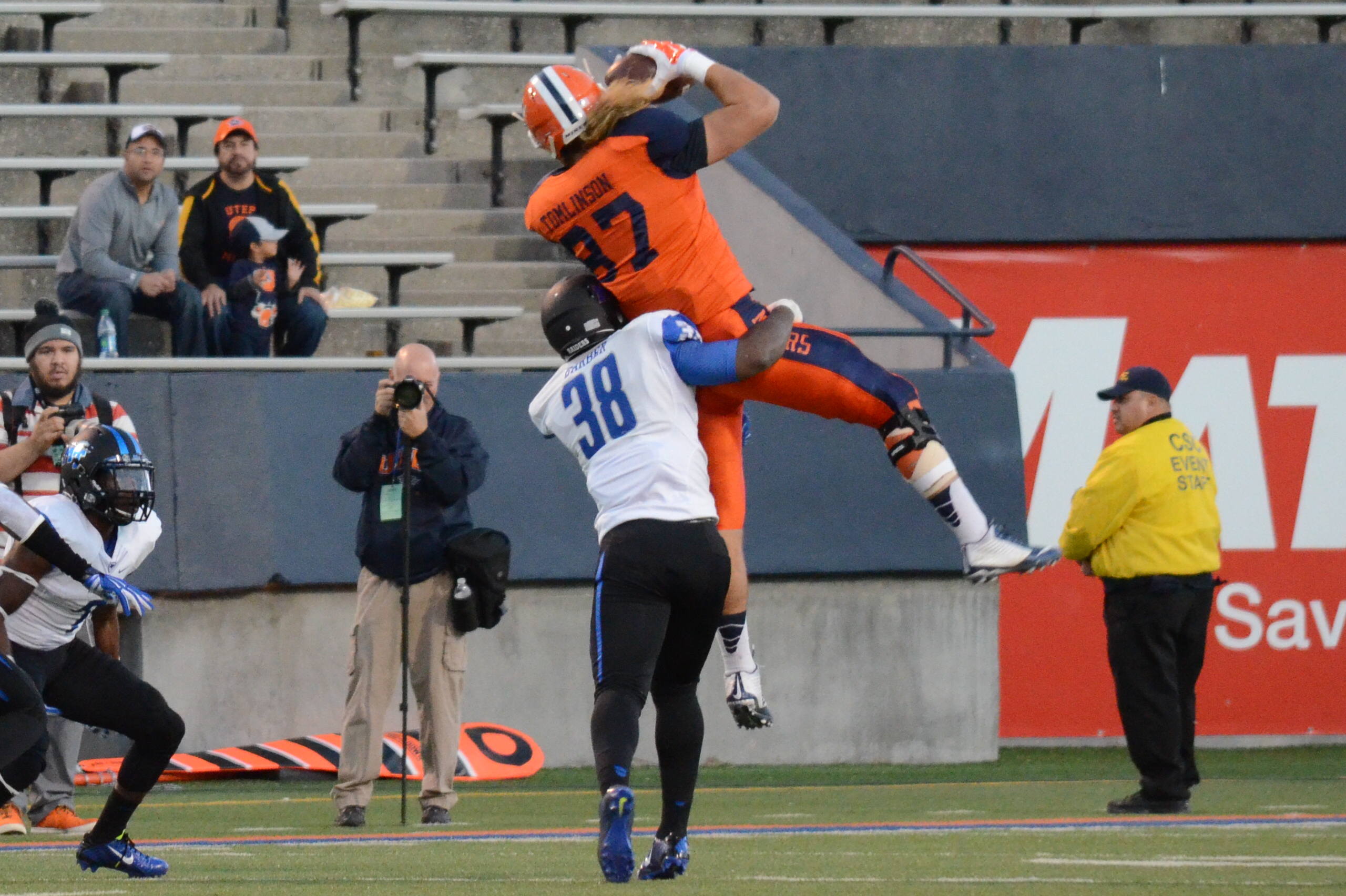 The top pro prospect on the UTEP roster this season had scouts come as far away as the Miami Dolphins did in week one against New Mexico.  I've read in some places there are a few teams who will consider moving Tomlinson to a project left tackle.  He may have seen his stock plummet as a tight end due to a significant drop in his production in the passing game this past year compared to 2013 due to an injury that nagged him in the early part of the 2014 season.  The kid blows up ends, and linebackers in run blocking, caught 30 balls as a junior, and could become a gem along someone's offensive line with his frame, and the run blocking schemes he learned under Kugler.  It would be weird to not see Tomlinson on at minimum a training camp roster or practice squad next fall with the positive NFL attention he has received the past two seasons. 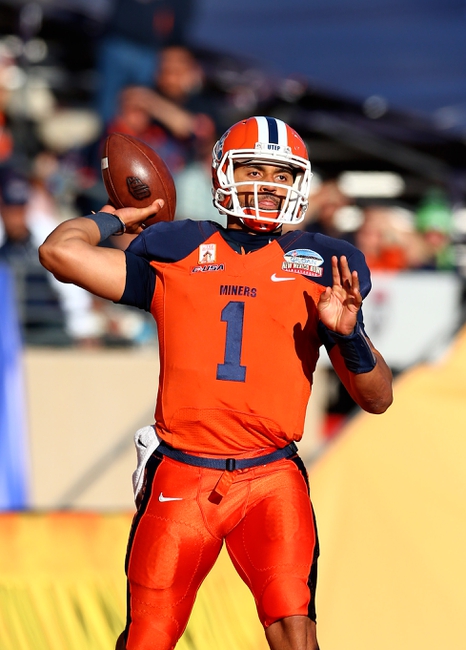 Showers did not have the numbers in his two years as a Miner to garner a surefire label of a draft pick or prospect, but his invite to the NFLPA Collegiate Bowl tells me NFL teams might want to see more of him.  No doubt he has elite athleticism to hold his own in the league, though did not play in an offense where he could fully display his passing abilities on film. The glimpses we saw were very inconsistent at times this year, but what most Miner fans seem to forget was that Showers completed over 60 percent of his passes in his first five games in 2013, including a 357 yard game, and a pair of 200 yard games.  That doesn't take away from the questions about his passing ability or was it the play calling that hindered that?  His draft process including the All-Star game this weekend is certainly something to watch as most of us would have thought Showers would not get a NFL shot. 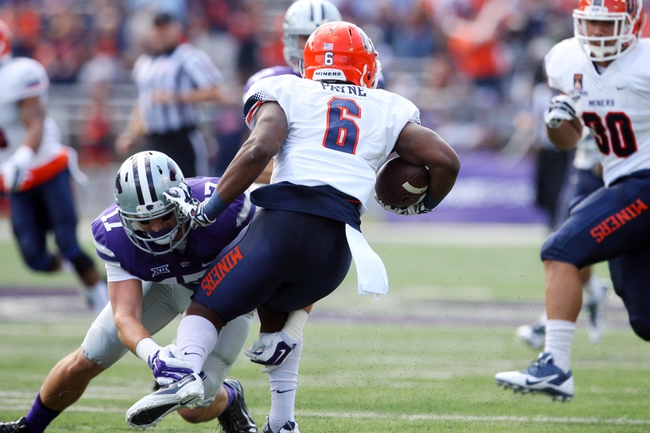 The NFL is a copy cat league as we know, and the new defensive trend set by the Seattle's LOB has the roster logistics changing to include corner backs and defensive backs over 6'0 being almost a must now days.  Payne fits the physical mold of that, and parlay that into his solid senior year at UTEP, it would not be surprising to see him on a training camp roster next fall.  He played mostly safety, though saw a fair share of looks as a corner in UTEP's package and personnel predicated defense this season, picking off two passes to go along with a TFL, 2 PBU's and a forced fumble.  The former Houston transfer ranked third in the American Conference in punt return average in 2013, and was actually seventh this season in terms of all-purpose yards on the team with 232 return yards, and 28 yards on an interception return.  He has also seen time during his college career as receiver at Houston, and told me before the season Houston used him everywhere while he was there including linebacker.  One could break down film further than far and say UTEP's punt return team wasn't a great blocking unit, though Payne flipped the field a few times late in the season in key moments of key games.  Payne brings value to his NFL stock as a proven returner, and will get a good look.  If the NFL doesn't work out, the Houston native will have himself a nice career in the criminal justice field, but with the veteran, and elite play he brought to the UTEP secondary this year, his NFL shot could quietly become the best among his UTEP peers. 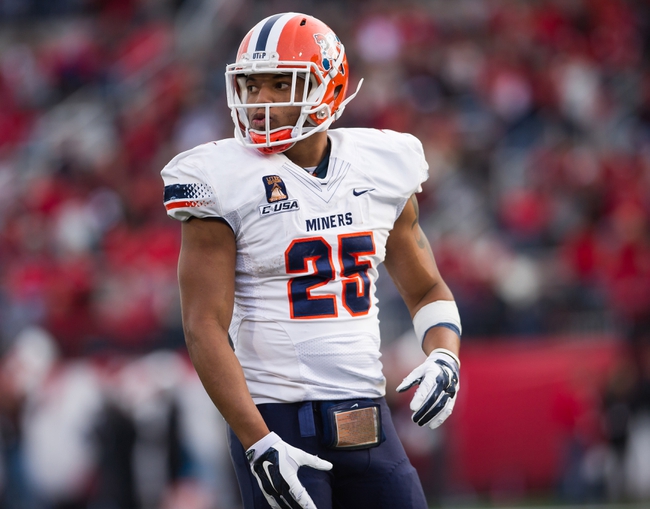 Some will call it the Aaron Jones effect, some will say his injuries slowed him down at the peak of his potential, but with Nathan Jeffery's size and production in his UTEP career, NFL scouts should be on his trail too.  Jeffery has rushed for over 500 yards the past three season's, including his breakout season of 897 yards and his Oklahoma game performance as a sophomore. Paired with a possible future NFL prospect the past two seasons, Jeffery accepted the role of the power compliment in Sean Kugler's power run scheme.  I would guess if any NFL team had any specific interest it would be in short down situations, as Jeffery averaged close to four yards a carry on 3rd down and shorter than three yard situations this season and had three carries for 11 yards in fourth and short situations.  I highly doubt that a short down back is something high on an NFL team's draft or off-season needs, though Jeffery has the proven speed to be a complete running back or a special teams ace if a team is willing to see how he fares in training camp. 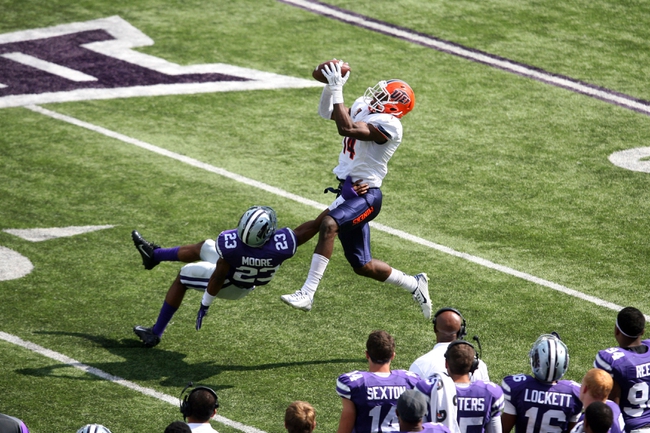 I think a lot of NFL teams could miss out on something special with Ian Hamilton if they don't bother to at least give him a look.  It would be wrong to say Hamilton had a monster senior year, but when the ball went his way this season, he was a monster.  He hauled in 27 catches for 579 yards this season which simple mathematics averages it out to 21 yards a catch if you're keeping count from home.  The former JUCO transfer who played three years as a Miner had equal production in 2013, and was used in the short game a lot more then as he got off to a hot start with 19 catches in the first four games in 2013.  He showed his down field nastiness against Kansas State's first team secondary early this season going off for 112 yards including a 65 yard connection from Showers.  He run blocked a bunch late in 2013, and has the frame to possibly even give tight end a try if that is what it will take to get a look.  Hamilton should have been used more this season, it could be awhile before UTEP has a physical specimen of a wide-out like him. 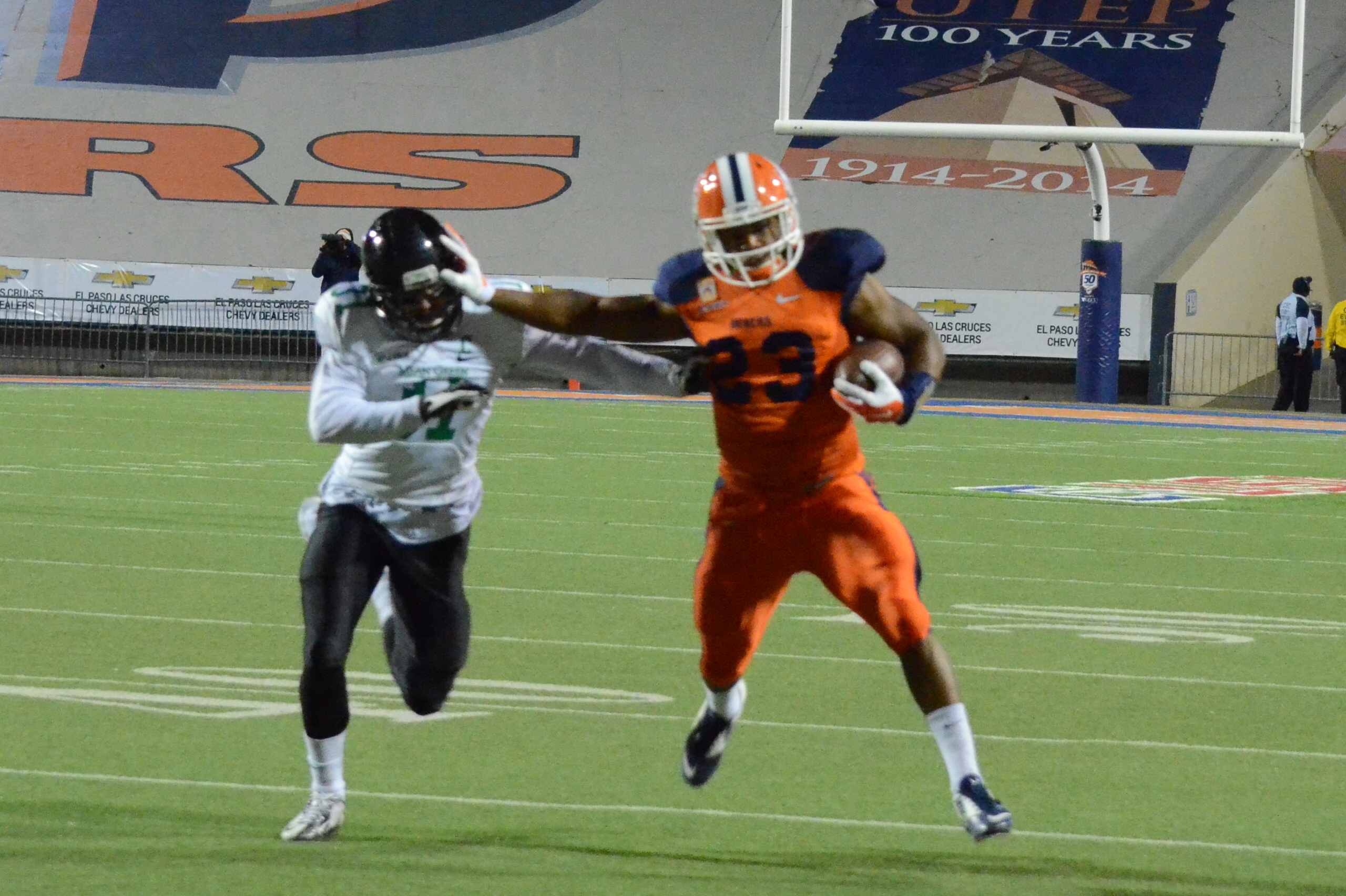 Everyone knew about AJ, and Nate Jeffery on the scouting report, but the best coaches will tell you Josh Bell played a huge part in UTEP's running game, and offense as a whole. Bell only had 256 yards rushing, though scored four touchdowns on the ground and has played a lot in different roles over the past three seasons.  He quietly started a few games and averaged five yards a carry on second downs, and moved the chains six times on third down and three or less situations this season.  Bell thrived in his role(s) as a short down back, third down back in passing situations, and as a key special teams player this season.  Bell had five of his seven catches come on third down situations covering two first downs in key moments of games on third downs as a receiver.  His case to the NFL jury is his versatility on offense, and his willing and elite ability to play at a high level on special teams.  If C-USA had an All C-USA special teams kick off, punt coverage, or a return unit team Bell would be a first teamer, special teams could be his NFL Sunday Ticket to an audition.

James saw action the minute he stepped on the Glory Road practice field as a true freshman.  He has the size, and plays with the needed physicality that helped finish his last two seasons as a Miner with productive numbers and growth.  A fifth year senior, James was ranked in the top-100 nationally as a corner back coming out of Dallas Skyline back in 2010. His improvement during this season was immense, as were his blitzing skills from the outside, and was named UTEP's special teams MVP as a sophomore. Clutch play making ability and versatility may land him a legit look with a solid pro-day and any another interview type of audition. 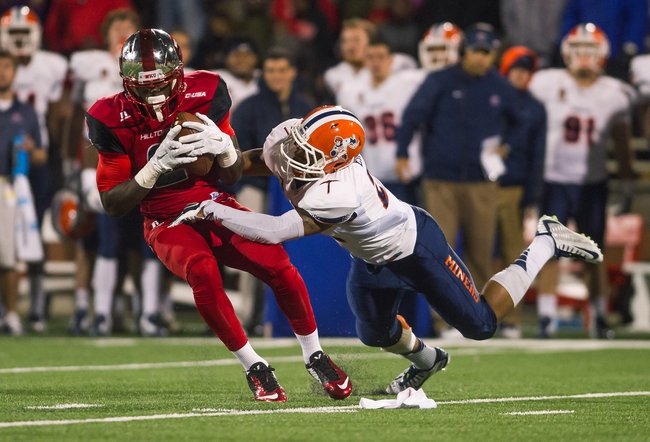 As long as Sean Kugler is head coach at UTEP, every defensive back that comes through UTEP will hear about Jameel Erving's interception that broke the bowl appearance drought. Erving had an extremely consistent senior year and really turned his character around under Kugler.  Another thing to remember is with Kugler's NFL connections athletic guys like Erving who had a solid JUCO season, paired with a productive when focused junior year, to becoming a senior leader an impact maker as a senior, could get a fair shot based off Kugler's blessing's to his old NFL friends who are looking for specific players.  Erving tackles well in space, and off blitzes, and has pretty long arms and wingspan for being 6'2.  Another guy who has to show up and show out at combines and tryouts to earn a sniff.