What happened around the league in Week 1 as tomorrow rings in Week 2? 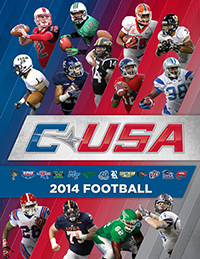 College Football seemed like it suddenly crept up on all of us. In a just a few days, many of us will be tailgating for the Tech game and getting ready to watch our favorite NFL team a few hours after that (literally). Before we move on to the next game, let us find out what happened this past weekend in C-USA football. More importantly how we compared as a conference to the other G5 teams.

Overall, we finished 7-6. On the surface, it seems okay but digging a little deeper we find some notable numbers for our conference. Three of our teams find themselves ranked in the top 15 of the newly created Underdogs Poll. 5-0 against other G5 teams. Three teams picked up road victories. 2-1 against FCS, with FIU giving the conference the lone bad loss for the week. 0-5 against the P5.

Newcomer (9) Western Kentucky announced loud and clearly that they would be contending for a C-USA championship. Going on the road to face the 2013 MAC champions seemed like a rough way to start the season but the Hilltoppers made it look easy in the 59-31 trashing over Bowling Green. C-USA Sophomore (8) UTSA also started the season with a showy display putting the rest of the west on alert. Houston the 2013 Compass Bowl participant were predicting an easy victory over their new I-10 rival. The Roadrunners who are building on last year’s seven wins had completely different plans. Six turnovers and 59 minutes later with most of the sellout crowd gone, Houston celebrated their first touchdown at brand new TDECU stadium. Both of these teams have opportunities to take the next step and knockoff a P5 team. (8) UTSA hosts Arizona and (9) Western Kentucky travels to Illinois this week.

UAB somewhat went unnoticed: quietly beating the crap out of their in state rival 48-10. Troy is a decent team who won six games and finished in a four-way tie for third place in the Sun Belt a year ago. Next up is a tough road trip to Mississippi St. Our Miners traveled 270 miles north as seven point underdogs and returned with a seven-point victory. New Mexico might be one of the worst teams in college football but they are still an FBS team. Last year UNM lost four games by one score or less. Had a couple of balls bounced there way they could have gone bowling. Even though UAB and UTEP were owners of bad seasons last year, I hope that the week one triumphs over our rivals will spark the turnaround we seek.

The top dogs of the conference, and previously #1 ranked in the Underdog Poll the Marshall Thundering Herd had some difficulties on Saturday. A year after going win less the RedHawks almost overcame a 25-point halftime deficit. The (2) Thundering Herd finished the game with a win and move onto Rhode Island next. Middle Tennessee bullied Savannah St for a 61-7 slaughter. One might be impressed with the 54-point victory but when you consider the facts surrounding the match up, it puts the win into perspective. Savannah St finished 1-11 last year and lost by an average of 43-14 against other FCS teams. Old Dominion beat Hampton to set up a battle between two early unbeaten teams at NC State. Middle Tennessee travels to Minnesota a victory there would shut me up.

For the second year in a row, Bethune-Cookman got the better of FIU. Bethune-Cookman is no pushover as they won 10 games last year and finished ranked #16 but you still assume the FBS team should win. If FIU cannot beat Wagner, they are in for a miserable season.....to say the least.

A couple of our teams had some bills to pay so they booked auto loss column games against the POWER FIVE. Nationally ranked #4 Oklahoma, #17 Notre Dame and #22 Nebraska easily dispatched our brave C-USA associates. RICE will take the week off to recover from their Big Bend trip but FAU is not so fortunate. They turn around and will now play at #2 Alabama, buena suerte. Louisiana Tech has in state rival Lafayette who just beat Wake Forest. North Texas who lost to the real Texas opened up as 3-point favorites over SMU. Southern Miss continued their losing ways at Mississippi St now having lost 24 of the last 25 games. A win over Alcorn St should ease the pain a little bit in Hattiesburg.

Despite not beating any P5 teams, we had a respectable start. Our five wins over other FBS teams is equal to the amount of wins the AAC, MWC, MAC, and Sun Belt had combined. If you take away the conference games between Tulsa vs Tulane and Ohio vs Kent St it only leaves them with three out of conference wins against FBS teams. Those three victories are more impressive since they came against P5 teams. It is still early in the season but for one-week hold your head up C-USA we are at the top of the G5.