One final scrimmage ended a solid 2014 version of Camp Alpine today, its all downhill from here until August 30th.

Share All sharing options for: Miners Wrap Up Camp Alpine

The UTEP Football team wrapped their full out of town camp in Alpine, Texas today with one final scrimmage this morning before coming back home to El Paso tonight.

Over the past ten days, El Paso Times beat writer Bret Bloomquist has been the eyes and ears of camp, and provided some very solid coverage to feed our ever starving UTEP information needs.

His reports note the improvement of the defense, emergence of some young freshman that could see some on field time, and according to daily interviews the Miners got in some very solid, productive work over the past two weeks.

Some highlights of camp were the defense's domination of the first scrimmage where they forced six sacks, the Miners had 13 sacks all of last season.  The improved depth at linebacker and secondary, and the emergence of some receivers that could play themselves in the mix were also very notable and good bullet points of camp to hear.

Of course there was some injury news but nothing too serious to worry about long term.  Receiver Malcolm Trail, right tackle Chris Thomas, fellow offensive lineman Christian Harper and freshman defensive end Luke Elsner are battling ankle injuries, but coach Kugler has said none of the injuries that came about in camp were serious and he expects everyone to be a go for the season opener. 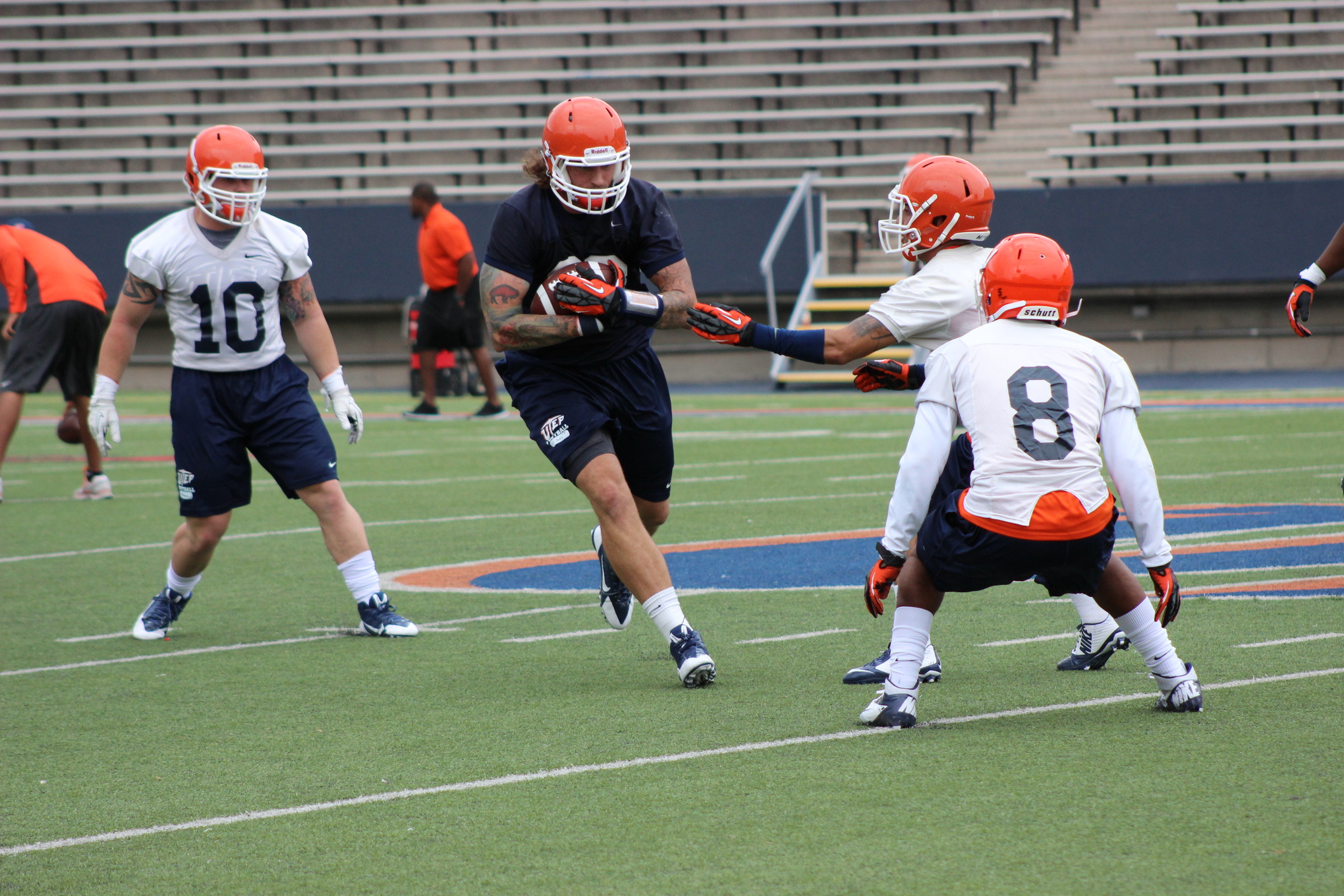 Red-shirt freshman Will Hernandez appears to have the left tackle job on lock after Kyle Brown was lost for the season before camp started, the Miners have been playing with match ups along the offensive front and Hernandez worked his way into the mix early in camp

The Miners will take "camp" back to the Sun Bowl for the next week, then turn to full preparation for the August 30th season opener against New Mexico.

Today's final scrimmage of camp featured a number of important highlights to wrap up the solid two weeks of work. 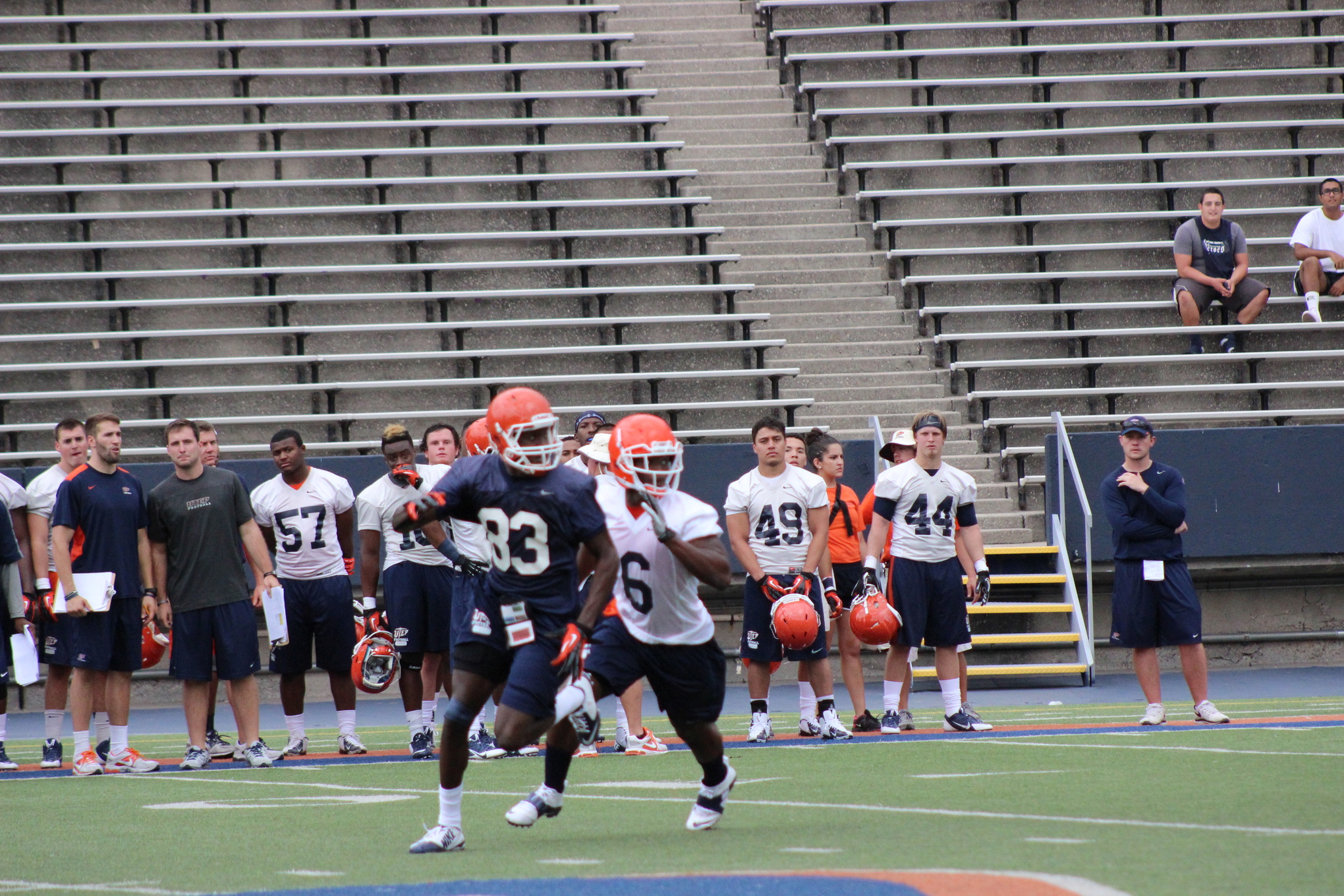 Offensive response after getting their "tails whipped" in first scrimmage

Here are some of Bret's tweets from today's action.

Leftwich to Hamilton for 20 yd in red zone work

Simpson 18 TD to Shaw. D does have three fumble recoveries

Scrimmage ends with battle for No. 2 QB still undecided. Good day for both sides of the ball. Hamm 12 carries for 53 yards