Someone will hoist a trophy and boost their RPI.

Riding senior leadership, and another superb effort from Vince Hunter, the Miners have jumped out to a 4-0 record, though we all know the Miners have not played their best game of the season just yet. Earvin Morris' 15 point effort off the bench was very much needed, he sparked a huge momentum turning run in the first half against Xavier by just being aggressive and letting the game come to him at the same time. Omega Harris is proving to be a key defensive asset as he repeatedly denied Xavier's guards, and has only committed three turnovers in over 70 minutes this season. UTEP will again need Cooper, Morris, and Harris to knock down shots, while UTEP's bigs will be challenged with some elite UW Husky interior defenders. UTEP's biggest key is to control the boards, Washington is shooting just 33 percent from three and attempts 21 per game so far. UTEP will have be able to corral those misses, and not let Washington get fresh shot clocks. Interesting to see how CTF goes about trying to defend their guards and protect the paint against a deep and athletic Washington squad. Their guards aren't great shooters, but can fly in the open floor, and almost always seem to be looking for a cutting big. Another huge test for the Miners who are playing harder and out working teams with effort, while still trying to find chemistry and identities in the early season.

The Huskies overcame a nine point second half deficit thanks to their guard combo of Andrew Andrews, and Nigel Williams-Goss to put away Long Beach State in their semifinal tilt. Williams-Goss scored 21 points, and broke a tournament record with 12 assists against The Beach. Combined, Andrews and Williams-Goss have handed out 53 assists to just 25 turnovers this, and also bring 25 points a game between them. Robert Upshaw had five blocks and has swatted away 27 shots in their first five games. Upshaw is foul prone, so I would expect VH and Lang to be aggressive and not gun shy one bit when matched up with him. One of the better defensive teams UTEP will face, they are holding their opponents to 34 percent from the field, and held Long Beach to only one field goal in the final five minutes of the game. Washington isn't a great three point shooting team, but cashed in 14 points off of 13 forced turnovers against The Beach. The Huskies have had two games this season where they have had 50 or more total rebounds, and have not lost the advantage on the boards so far this year. Washington has the personnel with guys like Shawn Kemp Jr. to slow down Vince Hunter, but can their guards hit enough shots that will keep the hard fighting Miners off the glass?

But there is a bigger match up between Washington and UTEP....

Which was the better movie??? 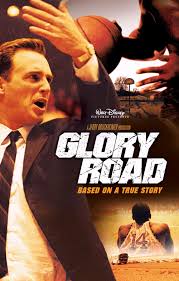 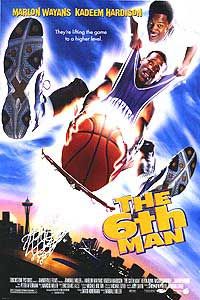