Coach Floyd made it clear what he expects from the highly anticipated 2014-15 roster in the first hour of the first practice Monday afternoon: Team Defense.

The Miners took to the hardwood in their first official practice of the season inside the Foster-Stevens Center with plenty of old faces, and a few fresh faces. 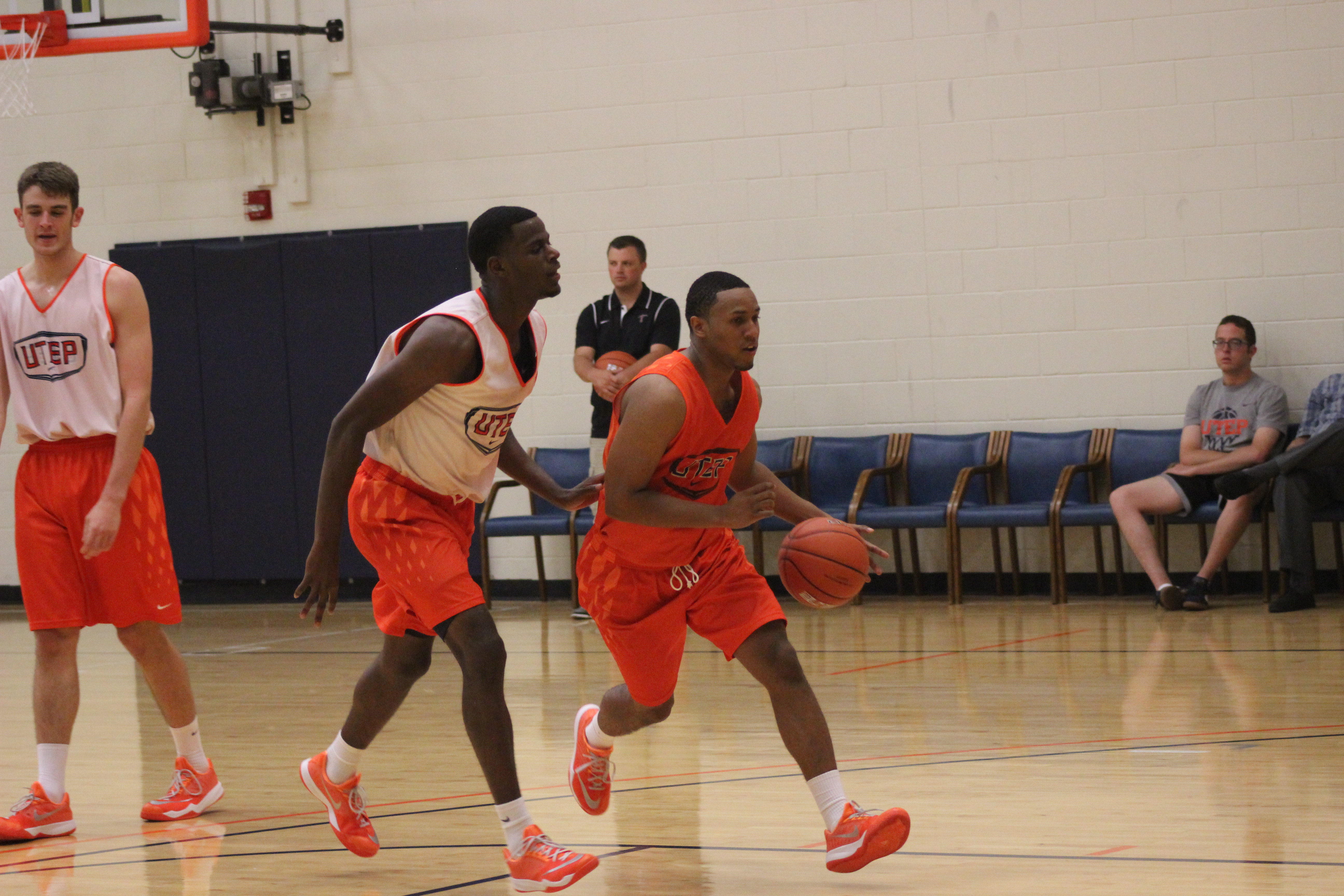 Floyd and his staff started off by going over defensive principles, and basic defensive concepts the Miners used to be ranked sixth in field goal percentage defense last year with an extra emphasis and time spent on the new freshman who will see valuable minutes this year.

The Miners worked on pick and roll, and basic team help defense for most of the workout, then shifted to working on their various offensive sets, and OB sets without a defense for the final hour or so.

One of the best parts of practice was when Terry Winn, Trey Touchet, and Omega Harris were in a 3 on 3 defensive drill.

The coaches were implementing their coverage's on various offensive actions as part of the drill.   All three had trouble at times, but listened to coaching, and improved with each rep with high regard showing these kids understand what needs to be done at this level.

A few though mostly minimal mistakes were made but with the freshmen going 100 percent which was to the coaches approval as they dished out a lot of information and instruction.

There was no full on five on five full court work, it was more of an intense mental repetition type of workout that would translate into a physical defensive drill in speeding the freshman up on what the Miners want to do defensively, and sharpening the vets on things like hands off, and flying around to the ball, as well as communication on defense.

One of the main things I gathered from practice was the emphasis of the words "team", and "teammate" in which the players responded with a high intense, and high focus mannered practice.

There was no smiling or joking from the players at all, just hard work and great battles throughout the defensive oriented workout. 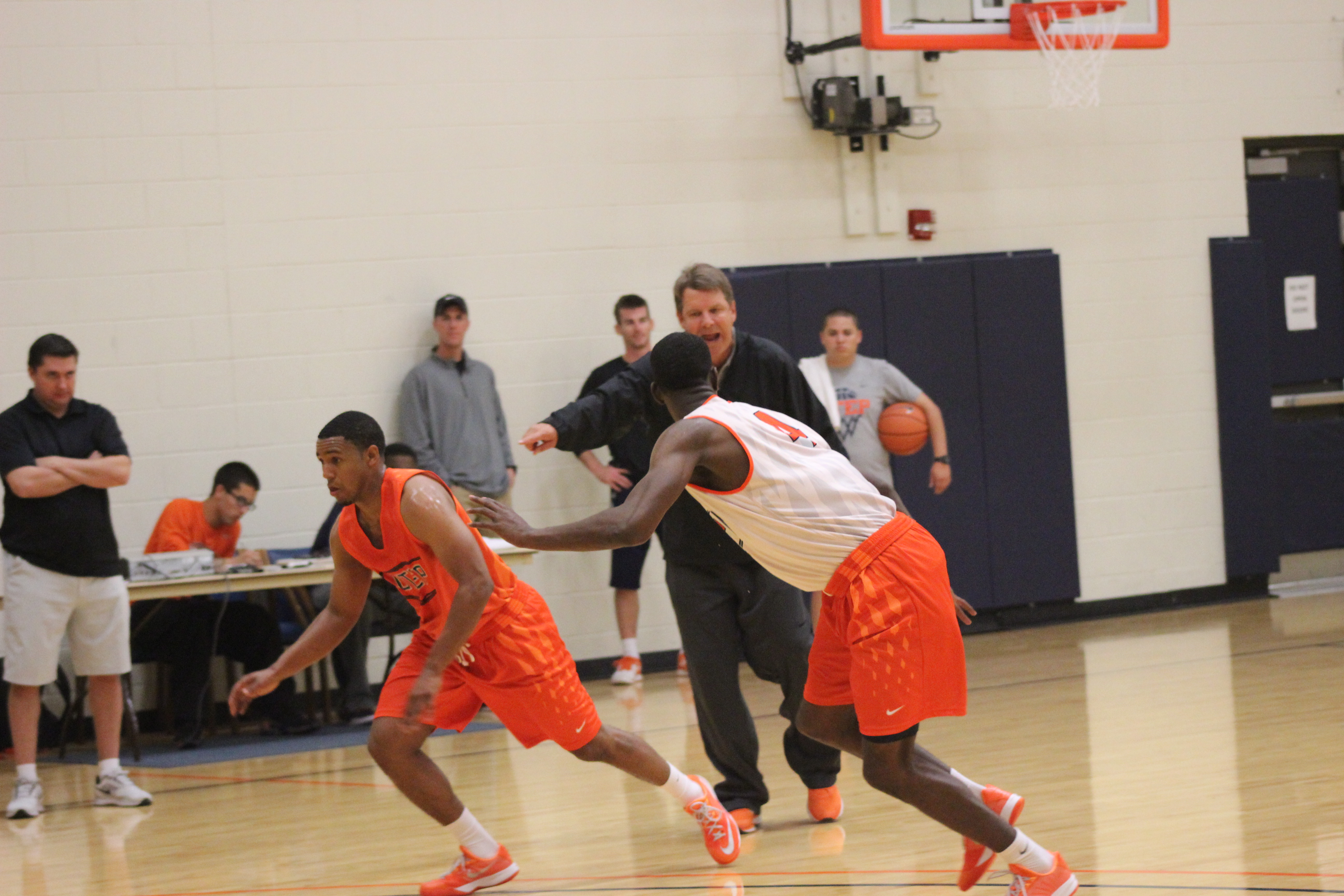 Another big noticeable attribute is the togetherness these guys have, and the leadership guys like Julian Washburn, Cedrick Lang, and C.J. Cooper bring who were also teachers at times for an attentive and eager group of newcomers who observed the older guys on the defensive drills with great attention.

Right off the bat Omega Harris jumps at you with his athletic ability, and ridiculous quick first step.  Harris looks to be another impact freshman out of UTEP for a second straight year who will provide the Miners with some much needed offensive versatility this season.

Trey Touchet also stood out, he has better athleticism than most thought and also has a quick grasp of receiving coaching, and learning the system.   Touchet is also a great set shooter, and fits right into the Miners offensive sets.' 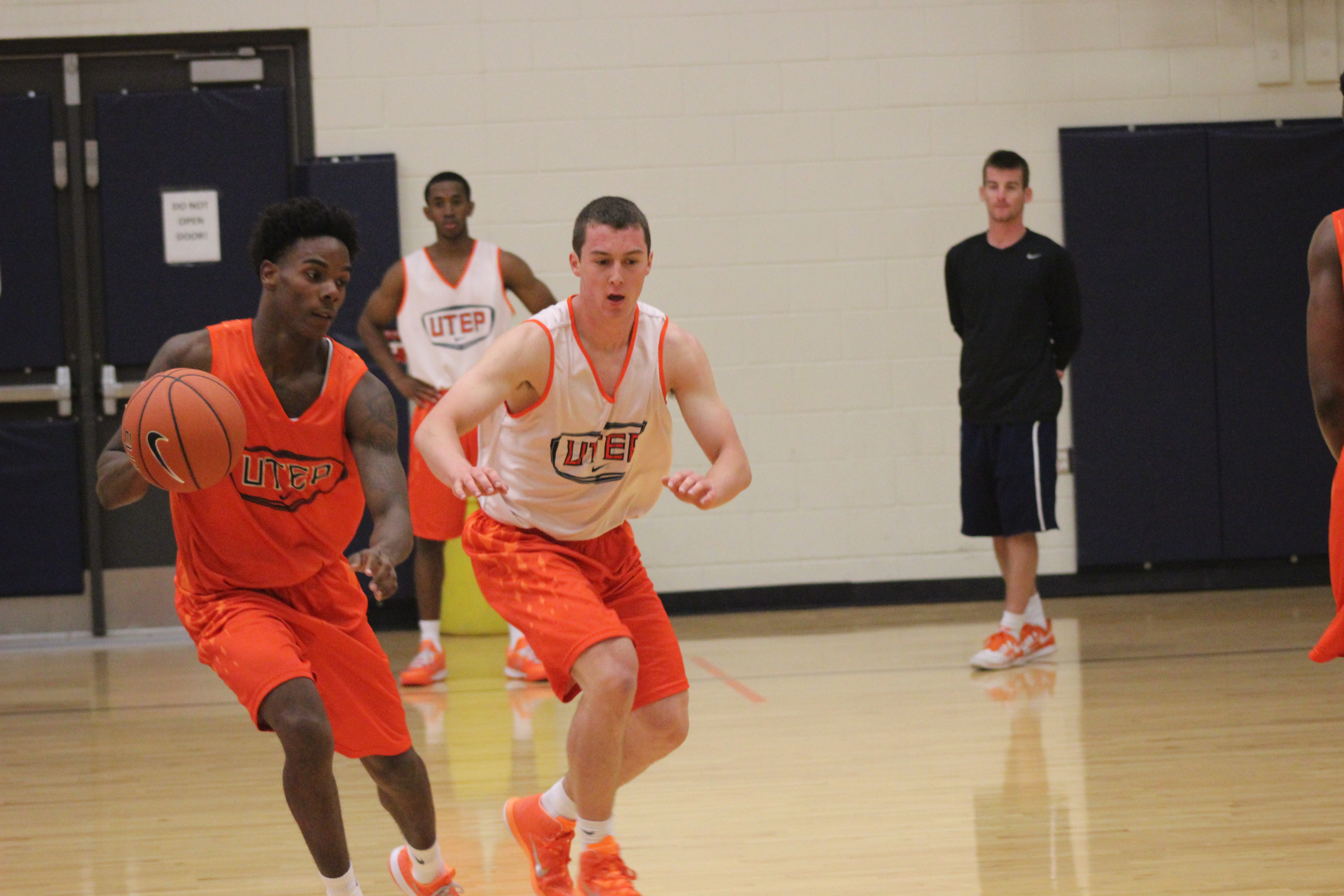 Earvin Morris had a veteran like approach to the first practice, showing a smooth rhythm in his jumper, and Terry Winn looks to be the biggest steal out of the class of 2014 with his superb ball handling skills, and matchup problem athleticism.  Floyd also commented on how Winn maybe the Miners best rebounder.

One missing player in action was Lew Stallworth who was absent from practice because of an unknown illness.

As for the returnees, Vince Hunter has filled out his frame, and threw down a few highlight dunks, debuting a 360 we should see in the Orange and White scrimmage dunk contest.  Hunter said he will now play the three full time, and has improved the mechanics of his jumper as well as his handles.

Julian Washburn's jumper was in mid-season form a few times the Miners weren't working on defense, and Matt Wilms has a much better range of motion in his shoulder, and looked more active on defense.

The missing pieces are here, and if the season is any indication of the first practice, things will be intense, sharp, and overall good this season in the House That Don Built.