UTEP at LA Tech: Four Keys and Bold Prediction For a Miner Win

We look at some key points UTEP has to be on top of and a bold prediction that is imperative for a Miner road win, conference road win that is.....

Share All sharing options for: UTEP at LA Tech: Four Keys and Bold Prediction For a Miner Win

Stop Kenneth Dixon and The Run

Kenneth Dixon is one of the more capable, complete running backs in the conference and should be public enemy number one for the Miner defense this week.
Dixon ran wild against Louisiana-Lafayette with 184 yards on the ground and a gaudy 15.3 per carry average.   He is the main feature back and workhorse as each game this season he has seen no less than 14 carries a tilt.

Hate to do it but Dixon ran through the Miners with a 200 yard game and Tech rumbled for 353 yards as a team on the Miners last season in the Sun Bowl.  Dixon also notched a 200 yard-plus game against Southern Miss. last season as well.

As I stated Dixon is the most complete backs in the league and the scary thing is he's just a junior and still has one more year to solidify his NFL draft stock.

As good and potent as LA Tech's passing game can and has been this season, Dixon is truly the engine of the offense as no other back has more than 25 total carries on the season.

We have all noted the improvement of UTEP's defense, though they are still giving up almost six yards a carry, and struggled with the Wildcat.  Tech will run a lot of misdirection out of the gun with Dixon, defenders' eyes in the second level have to sync with their feet to make sure he is swarmed.

UTEP's run defense components, and particularly the linebackers have to been on top of their tackling, and assignment game as well this Saturday in order give themselves a chance for a road W.

It was simple football for K-State's defense last Saturday, a base vanilla defense that simply tee'd off on UTEP's predicable run game and packages.

In order to stay on the field longer this week, I think UTEP has to mix it up a bit.

Yes UTEP dominated the line of scrimmage for the first three games, and had numerous 10 play-plus, 60-70 yard scoring drives, but those drives are now on film and can be prepared for just as simple as the Miner offense is.

Negative plays, penalties, and dropped passes are things UTEP can't afford to get themselves into, every possession has to to end in six against the 'Dogs.

I'm looking for a big sweeping curve ball, and some wrinkles that teams don't have on film in order to keep the chains moving, fill the scoreboard and stat sheet while sticking to the guns of a physical run first mentality.

Jameill Showers and Ian Hamilton gained huge confidence in the vertical passing game with a productive second half last week.   I would expect UTEP to take more creative shots when the situation arises outside of the pound the ball aspect, although the game plan for setting up that big pass play is of high interest to me.

Showers has played well the past two games going 31 out of 44 for 327 yards with five touchdowns and a tipped interception.

So to me the rust of missing the latter part of last season seems to have been shaken off over the past two games and a bye week.

Of course Aaron Jones has been a big huge part of the offensive production, but something tells me Showers could become the quarterback we all knew he can be stats wise, and this week we could really see that unfold.

Keep Pressure on Cody Sokol and Force Him To Make Mistakes

Sokol has put up some impressive numbers in their first five games, and half of his interceptions came in the horrid, turnover fest loss to Northwestern State.

I've heard folks say Sokol is the best pure passer in the conference, though I think he can be cracked with a vicious and relentless pass rush.

His no less than 20 completions in each game this season can solidify that statement; he has also matched LA Tech's touchdown passing numbers from last season in the first five games with 10 touchdown strikes.

UTEP's defensive ends Nick Usher and Roy Robertson-Harris have to be factors off the edge, and the tackles in the middle have to create an effective push when UTEP rushes just four.

According to coach Kugler LA Tech uses a ton of quick three step drop backs in their passing game.

That tells me LA Tech relies heavily on timing and rhythm in their passing game, so disrupting that timing with quick pressure from the edge will force Sokol to move out of the pocket and disrupt those quick routes.

Sokol can't have an easy pocket, it needs to collapse within the first three to five seconds after the snap, and that's not easy for any defense.

LA Tech has a very inexperienced offensive line that ranks fifth in the nation in fewest career starts.  As young as UTEP is on the defensive line they have shown they can be factor in pass rush with the good athletes UTEP uses there, and I think the Miners have the advantage there.

Not only does the front seven have to be disruptive but I would expect UTEP to be physical and play a lot of bump and run along the corners.

Although they may also sit back in zone to keep everything in front or try to disrupt the flats in which open field tackling will be a key with LA Tech's army of slot receiver type molds they have at receiver.

The UTEP secondary has a chance to create some coverage sacks based off the description and from what I have seen from LA Tech's passing attack.

Disrupting that timing and forcing Sokol to make decisions outside of his progressions I think is a huge key in getting off the field for the defense.

Make Special Teams a Factor, a Positive Factor That Is

We all know the special teams meltdown the Miners had in the Little Apple last Saturday morning, and I'm on the side that it was just a one game wonder.

This week special teams play, and production is key in the Miners pursuit of their first conference victory of the season.

Autrey Golden has been close a few times to breaking one on kickoff returns, and while he struggled with the high sky kicks K-State used, I think the chip on his shoulder is big enough for a highlight day.

LA Tech's kickoff specialist Jonathan Barnes only has four touchbacks on the season in comparison to UTEP's KOS Jay Mattox who has 16 touchbacks.

What does that mean?

Golden will get some chances to house a kickoff return.

Hopefully LA Tech isn't kicking off a lot, though when they do Golden has the highest chance to be a factor there than he has all season.

LA Tech has punted 28 times this season, 25 from one punter and three from another with a 40 yard per boot average between the two which also tells me UTEP will have a chance to return punts too depending on field position. 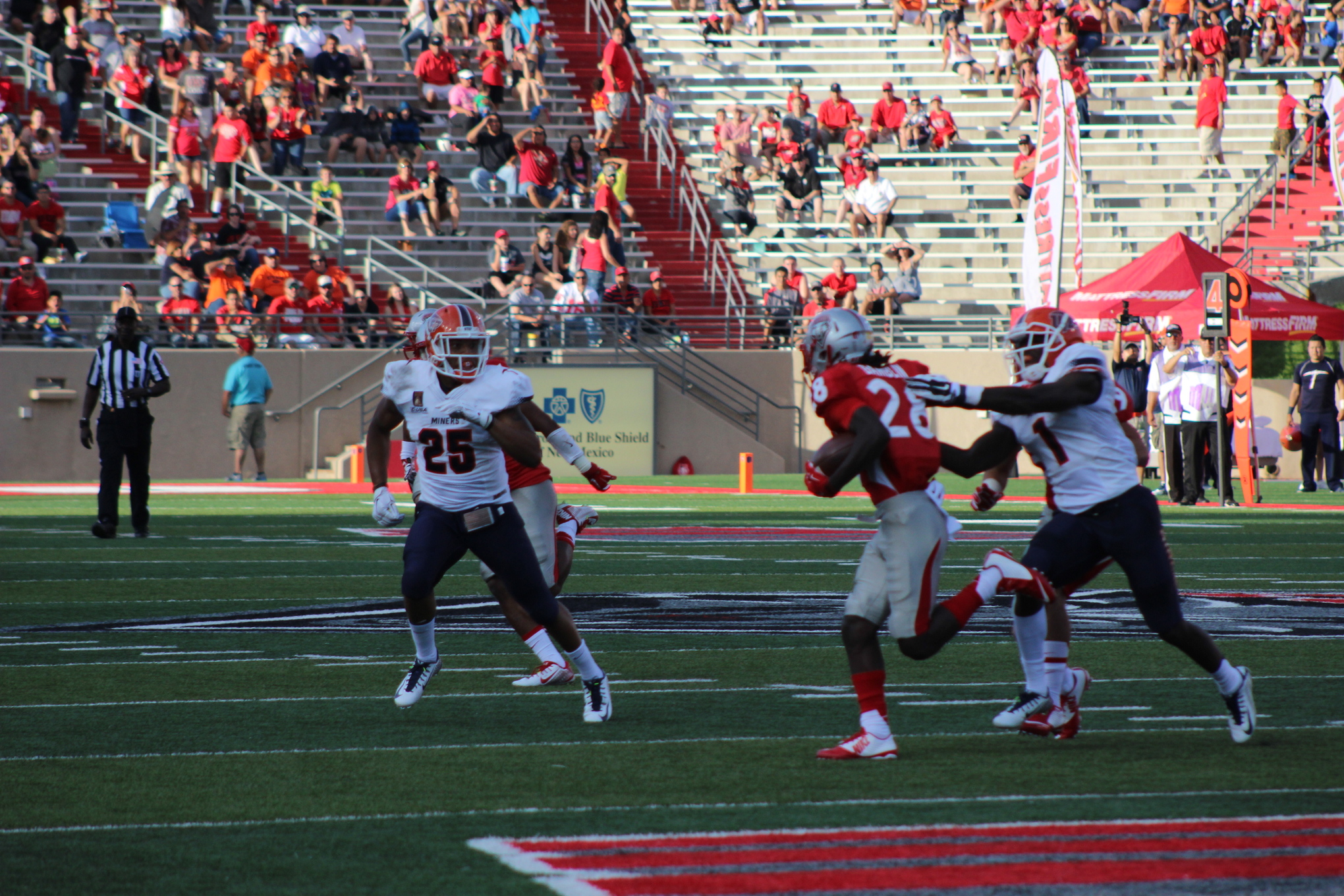 The Miners have come close to blocking punts numerous times this season and finally got to one in the second half at Kansas State, and that pressure could be amped a few levels now that conference play is here.

UTEP employs some of their best athletes on special teams, I'm sure the coaches weren't really nice about the adjustments they have been implementing this week, so expect a fired up and re-tooled group this week.

My bold prediction for this week's game: UTEP will have two players with at least two sacks against LA Tech's young offensive line.

Don't know who will get them, but as you loyal Rush homies' know I'm in love with Usher and Robertson-Harris' play so far, mark that ballsy call down.