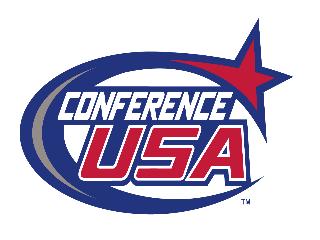 
Week one of the 2013-2014 season has ended. We are all familiar with the major realignments that occurred over the summer. We will be keeping a close eye on three mid major conferences: C-USA, MWC and AAC. The ultimate goal is to compare the three conferences and determine if it is really greener on the other side.

Lets begin with our C-USA. As a conference we finished 6-7 overall. We had opportunities to earn our respect by going on the road and beating some BCS teams but failed miserably at it. Florida International, Florida Atlantic, Louisiana Tech and RICE lost to BCS teams on the road by wide margins. Texas St only needed 215 yards to extended Southern Mississippi losing streak to 13 games. Middle Tennessee, East Carolina and Tulane picked up easy wins over FCS teams. Alabama Birmingham lost a close game 34-31 to instate rival Troy. Marshall scored 52 points in their victory over Miami (OH). North Texas was in complete control in their 40-6 victory over Idaho. The quality win of the week goes to San Antonio. UTSA visited University Stadium and were able to shut out the Lobos in the second half for a 21-13 victory. Tulsa's offense was ineffective and almost got blanked at Bowling Green a late TD made the final score 34-7. UTEP was idle. C-USA featured five home games for a total of 140,441 and an average of 28,088. East Carolina drew the biggest crowd with 44,597 against what could of been future rival Old Dominion. New comers North Texas and Middle Tennessee competed for least attendance and the award goes to MTU 20,011 vs. West Carolina. C-USA is (0-4) vs. BCS, (3-3) vs. Mid Majors, (3-0) vs. FCS.

If the American Athletic Conference wanted to prove they belong with the big boys this week was a step in the wrong direction. AAC's record stands at 4-5 but with two embarrassing losses to FCS teams. McNeese St showed up to Tampa Bay to collect a handsome $400,000 paycheck but that was not enough for the Cowboys. Marcus Shaw broke an 80 yd run to give USF an early 7-0 lead. McNeese St then scored 40 unanswered points to rout USF at home with a final of 53-21. Towson didn't care much for the underdog role as they cruised to a 33-18 win at Connecticut. Cincinnati was the only team to defeat a BCS school earning the quality win of the week. Nippert Stadium was filled to capacity as they enjoyed a 42-7 victory over Purdue. Houston ran up the scoreboard on Southern scoring a 62-13 victory at Reliant Stadium. SMU sold out Gerald J Ford Stadium for their season opener against Texas Tech. It was a competitive game until walk-on true freshman Baker Mayfield took over in the 4th quarter. UCF and Louisville picked up a pair of wins over MAC teams at home. Rutgers lost a thriller in ot at Fresno St 52-51. Temple was respectable in their 28-6 loss at #14 Notre Dame. Memphis was idle. Seven schools hosted games for a total attendance of 253,616 averaging out to 36,321. #9 Louisville had 55,332 come out Sunday for the attendance crown in week one. Houston drew 26,205 good for last place in the league. The AAC is (1-2) vs. BCS, (2-1) vs. Mid Majors, (1-2) vs. FCS.

The Mountain West Conference had a tough outing in week one turning in a 3-9 overall record. The king has collapsed as #19 Boise St could not find the end zone and received a dose of reality at Washington. Eastern Illinois must of felt disrespected with their $325,000 check as they completely shocked the 42,798 spectators at San Diego St by winning 40-19. Wyoming ran out of time and could not complete the hail marry for the huge upset comeback against #18 Nebraska as they lost 34-37. Utah St was leading 26-24 in the 4th quarter when two late field goals by Utah sealed the 30-24 win. UNLV was hanging in there with Minnesota trailing 16-13 at halftime. Marcus Jones returned the opening kickoff off the second half 98 yards for a touchdown and Minnesota never looked back winning 51-23 on Thursday night. San Jose St and Air Force picked up a pair of wins over FCS teams at home. Fresno St picked up the quality win of the week as they squeaked by Rutgers 52-51 when the two point conversion was rejected the Bulldog defense. New Mexico lost at home 21-13 vs. UTSA. Nevada and Hawaii lost to Pac12 rivals. Colorado and Colorado St battled back and forth until CU took a late lead and held on for the victory in Denver. The MWC conference attracted 246,097 for an average of 35,157. The largest crowd goes to Colorado vs. Colorado St as 59,601 packed Sports authority Field. (Technically the game was at a neutral location but since Colorado St is listed as the home team we will give them credit.) San Jose St drew a lowly 13,136 for their home opener against Sacramento St. The MWC is (0-7)vs. BCS, (1-1) vs. Mid Majors, (2-1) vs. FCS.

The first week was disappointing for all three conferences. Only Cincinnati registered a win over a BCS school. The MWC and AAC combined 3-3 vs. FCS teams. C-USA probably had the best week. Victories over Idaho, UNM, and Miami (OH) are nothing to brag about but it's better than losing to FCS teams. What do you think? How would you rate each conferences performance in the first week? Who had the best showing?

Who was the better conference in week 1?