After about a week, UTEP has finally confirmed that the Don Haskins Center floor will be getting a makeover for the 2013-14 season.

Share All sharing options for: UTEP Basketball Court Gets Makeover for 2013-14 Season

The image of what the new court will look like was first shown by @Miner_Nation on Twitter, and it spread quickly, as even Matt Norlander of CBS Sports did a post about it. However, no official word came from UTEP.

According to Chad Middleton of ESPN 600 El Paso, UTEP AD Bob Stull hinted that the rumors had some truth, but didn't reveal much:

"UTEP AD Bob Stull was on SportsTalk on Friday and said that the Haskins Center flooded this summer and could not confirm that the floor that was leaked on Twitter was the design that we would see this fall when the Miners start their 2013-14 seasons."

However, yesterday the UTEP women's basketball team released the image on their Facebook page, with this as the caption:

"Presenting the design of the new floor for the Don Haskins Center. #minerstrong"

The new design looks quite sharp, and as most have already pointed out, adds a nice touch to the Don Haskins Center without going overboard, kinda like Oregon did with their court. 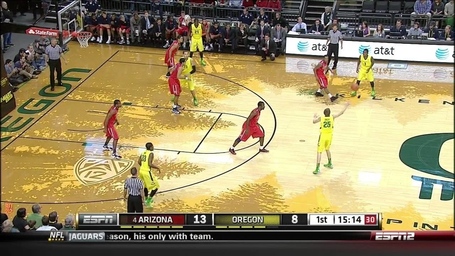 As far as we know, the court is still in the process of being changed, but we'll make sure to bring you an actual picture once they become available.