A few weeks ago we had the conversation about what a UTEP "pro combat" uniform would look like, and just when we might get them. We saw a couple of mockups, and we had mixed feelings about them. Today, through Twitter, we found out that Miners will have new orange uniforms that are similar to those "pro combat" uniforms.

The Miners will still wear the same blue and white uniforms that they have sported over the last couple of seasons, but these new orange uniforms are set to be officially unveiled September 1st against Oklahoma.

Personally, I think the new uniforms are awesome. But again, when we last talked about this, people weren't so sold on us getting the modern type of uniforms. Make sure to let us know what you think. 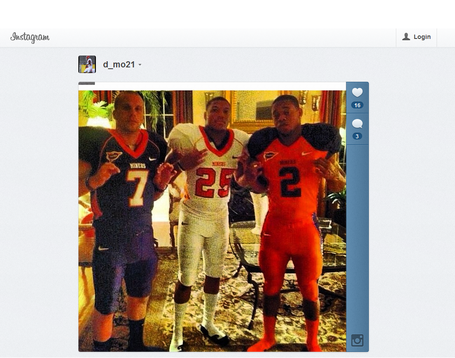