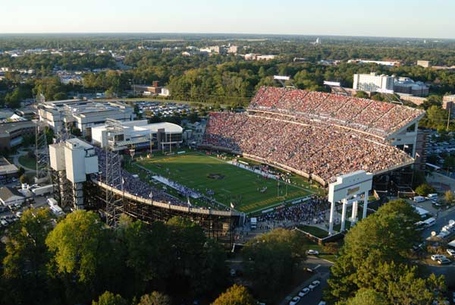 (Dowdy-Ficklen Stadium has built a reputation as one of the loudest stadiums in the mid majors.)

Despite enduring, the worst football season in roughly a decade UTEP proves it is one of the best teams in attendance in the conference. A mark of 3-9 did not prevent UTEP from finishing ranked in the top three. The attendance numbers UTEP has achieved this football season are remarkable. On one hand, we have teams such as Tulsa the C-USA west champions with nine wins who cannot catch up to UTEP. On the other hand, we have a couple of bowl bound teams such as La Tech, SMU, UTSA, and RICE who rank below UTEP. It is easy to assume that if we had 8+ wins such as ECU or UCF we would rank #1 overall.

The potential to be the class of C-USA is in place. Next football season we will have a new coach and participate in a restructured conference. With the correct moves in the off-season, we can attain great success in the mid major scene for several years to come.