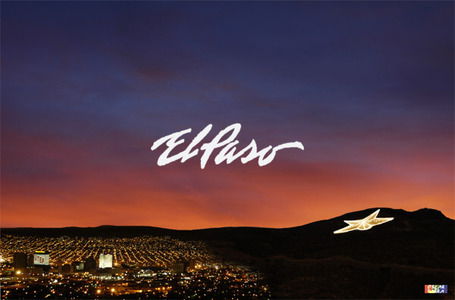 Well, the field is set and the teams are gearing up to travel out to El Paso for the 2011 Conference USA Tournament. I thought the best way to kick off Championship Week would be to take a look at the bracket, the stars, and the storylines leading into the championship. After taking a long look at the bracket, the first thing that jumps out to me is the fact that the Tulsa-UTEP side of the bracket only has one C-USA East Division Team (Marshall). Conversely, the UAB/Memphis side of the bracket only has one C-USA West Division Team (Tulane). What does that mean? Chances are it means that the second round games will be between familiar foes.

Keep in mind that nobody saw Houston tearing through the C-USA Tournament last season. Houston, a 7 seed in 2010, defeated East Carolina, Memphis, Southern Miss. and UTEP to earn the league's automatic bid to the Big Dance. This year's C-USA slate has only proven that anything can happen in the C-USA. Each of the four teams that earned a bye in the first round this year has lost to a team that is playing on Wednesday. So, don't be surprised if one or more of the Top 4 (UAB, Tulsa, UTEP, Memphis) are not playing on Friday. That's the nature of this beast. That said, we do have a 16 game regular season to look back on and identify the teams that, on paper, have the best chance of winning the tournament. Now, that the bracket is set, we know how the matchups may set up.

The Hesitant Favorite: The UAB Blazers

When the dust settled on the 2011 C-USA regular season, it was the Blazers that earned the right to cut down the nets as the league's outright champion. That said, UAB is far from unbeatable and while they are the #1 seed, their draw isn't great. UAB will meet the winner of the UCF and ECU game on Thursday. This past season, UAB beat both of those teams, twice. What should really worry Blazer fans is the fact that UAB will likely have to face Memphis or Southern Miss. in the C-USA semifinals. UAB is a combined 1-3 against those teams.

UAB split their season series with the Golden Eagles. The games were hard fought battles that were decided by four and one point respectively. Strangely enough, both team won their game on the others home floor. If UAB is lucky, however, USM (or Tulane) will knock Memphis off on Thursday.

Why? The Tigers absolutely own UAB. Look, I hate to toss around the term "owned." But, how else do you describe UAB's struggles against the Tigers? Since Mike Davis took over in Birmingham in 2006-07, he is 0-10 against Memphis.

UAB has been close to beating Memphis, agonizingly close at times, but numbers don't lie and until Davis beats Memphis, I don't see how anybody can think he can. Is it mental? It is just bad luck? Keep in mind that in the last two years, Memphis has lost to SMU (twice), Marshall, East Carolina, UTEP (twice), Houston (twice), Tulsa, and Rice. The Tigers haven't been invincible by any means. Yet, UAB just can't seem to beat the Tigers. Overall, UAB hasn't beat Memphis in their last 11 tries.

The Sleeper Pick: The Memphis Tigers

Only in this wacky C-USA season can a talented Memphis squad be the "sleeper" pick. I know Tiger fans won't like that designation, it would appear that the team that dominated this league for so long is above that moniker. But, like it or not, Memphis is the #4 seed and lost six conference games this season. That said, I'm officially picking the Tigers to make it to the C-USA Championship. And, it's an easy pick for me. Why? Because Memphis won't have to play a C-USA West squad to get there. Instead, Memphis will only have to do something they can do on their worst of days, and that's beat Southern Miss and UAB.

Memphis is a bizarre team to follow. Memphis very nearly lost to 3-13 Tulane on Saturday. In fact, Memphis finished 2-4 against the C-USA West. But, just as the Tigers are almost guaranteed to lose to a West team, they are just as likely to break the heart of the teams they are more familiar with in the East. Memphis was a stunning 8-2 against their own division this season. More importantly, the tournament draw sets up the Tigers to battle Southern Miss. and UAB. As noted above, Mike Davis and UAB are 0-10 against Memphis since 2006-07.

And yes, Memphis owns Southern Miss. too. The USM website only has past records from the 2004-2005 season on. Since that season, Southern Miss. is 0-15 against Memphis.

Seriously. The Eagles haven't beat Memphis since 2004. Owned. Until USM or UAB beat Memphis, I'm not betting against the Tigers versus the Eagles or Blazers. UAB's struggles against Memphis are compounded by one of the C-USA Championship's most intriguing storylines...

Can Mike Davis Get UAB into the NCAA Tournament?

Mike Davis has had a good week. UAB deserves all the credit in the world for winning a very competitive league outright. But,the pressure is on for Davis to get UAB into the NCAA Tournament. Many Miner fans might not remember how good UAB was before Davis arrived. From 2003-06, the Blazers made three straight NCAA Tournaments. In '03, UAB even advanced to the Sweet 16.

However, Davis has not been able to get UAB into the tournament in his first four seasons. This year, UAB simply isn't getting any at-large love besides the fact that their RPI is #28. While I think that's ridiculous, especially considering UAB won the league outright, that's the reality of the way the C-USA is perceived by the national media right now; as a one bid league. If Davis is going to take his team into the field of 68, he most likely needs to win three games in El Paso. The question is, can he?

Flip the Switch: The Other Side of the Bracket

While UAB's road to the Championship is littered with C-USA East Teams, the Tulsa/UTEP side of the bracket consists of 5 West teams and Marshall. Familiarity. Tulsa will take on either SMU or Rice. The Hurricane are 3-1 against those schools (they split with SMU). Tulsa's Justin Hurtt might be the C-USA's Most Valuable Player. He's been absolutely electrifying in C-USA play.

UTEP will take on either Marshall or Houston. The Miners swept those teams 3-0 this season. The Miners are interesting in that they are nearly the opposite of Memphis. Against the C-USA West, UTEP was a staggering 9-1 (only loss to Tulsa). Against the East, UTEP was 2-4. So, while Memphis benefits from an East heavy bracket, UTEP benefits the same way on the flip side.

One things for sure, the tournament will feature some great talent in every game.

5 Storylines to Watch.....
1. Can El Paso Silence the Critics?
I can't recall there ever being as much anger and frustration from the media, blogs, and boards over the selection of a host city for a conference tournament. The Memphis Commercial Appeal's Geoff Calkins thought the selection of UTEP, whose financial offer dwarfed the bid from Memphis, was the C-USA's way of screwing Memphis for flirting (or pleading for attention) with the Big East. Chuck Landon of the Herald Dispatch (covers Marshall) called Britton Banowsky "brain-dead" for choosing El Paso and didn't miss a chance to translate El Paso's bid to pesos. Seriously.
Most of the criticism went out of its way to mention long travel times. I realize El Paso is very far away from Huntington and Orlando, but if UTEP can be asked to travel to Tennesee, why can't Memphis be asked to come to El Paso? Many thought the selection of El Paso alienated fans who couldn't drive from Birmingham or New Orleans to the destination. This conference stretches from El Paso to Dallas to Hattiesburg to Orlando to Greenville to Huntington. If driving distance for fans was so important, perhaps the C-USA shouldn't have expanded into eight states and three time zones. Just sayin'.
Like it or not, El Paso has to put on one hell of a show to silence the critics who will have to change planes once or twice before they arrive and will be sure to let us all hear about it.
2. Can UCF Find Their Mojo Again?
Lost in the shuffle this season was UCF's tremendous 14-0 start. The Knights opened C-USA play with a win against Marshall, but then the wheels fell off as the Knights lost 8 straight C-USA games after that. UCF did bounce back to win 5 of their last 7, including the weird Presidents Day game in El Paso and a close one against Southern Miss. UCF played UAB tough down the stretch and also beat Tulsa this season. Why not UCF?
3. Can Doug Wojcik & Tulsa Prove the Doubters Wrong?
No C-USA team had a more disappointing 2010 season than TU. With Ben Uzoh and Jerome Jordan, the Hurricane couldn't compete with the C-USA's best and disappointed in the C-USA Tournament they hosted. This year, TU was a disappointing 7-7 in non-conference play and even lost to Appalachian State and Arkansas-Little Rock. Then, Justin Hurtt nailed a clutch game winning shot against UTEP and TU and the Hurricane won 8 of their final 10. Nobody saw that coming. Tulsa is the only team in the C-USA that beat UAB, UTEP, Memphis, and Southern Miss.
4. Who's Going to Crash the Party?
The more I look at the bracket, the more I see UTEP and Tulsa playing in a semifinal with the winner playing Memphis in the Championship. If I had to bet my house right now, I'd bet that host team UTEP edges Tulsa and sets up the game all of El Paso wants to see: UTEP and Memphis for the C-USA Championship. That's what I see now, on paper, as being the most likely matchup. That's why I know it won't happen. This is the C-USA and someone is bound to shake things up, right? WIll it be UCF knocking off UAB? Will DeAndre Kane and Damier Pitts knock off UTEP? Will Gary Flowers and USM finally beat Memphis? Will Houston pull a Houston and knock off a team or two? We don't know where it will be, but we know an upset or two will come. You know anything can happen when UAB (the #1 seed) beating Memphis (the #4 seed) would be considered an upset. In my mind, it would.
5. Freshman on Display
One of the best parts of this tournament will be our ability to get a close look at the future of C-USA basketball. This league will lose some legends in a few weeks. Culpepper, Stone, Dia, Flowers, Aaron Johnson, Jamarr Sanders, are all gone. Enter the following:
The Venue
The Tournament of course is at UTEP's Don Haskins Center (capacity 12,222). For more on where to eat, drink, or spend time between games, check out this post: Only in El Paso.
For the latest UTEP Miners News, follow Miner Rush on Twitter and Facebook.