The Dig: 76 Days Till UTEP Football Kicks Off Edition

Share All sharing options for: The Dig: 76 Days Till UTEP Football Kicks Off Edition

Seventy-Six Days.  Realignment is still relevant for now, Tim Floyd's good news has several national writers in bad spirits, and the NBA Draft is coming up on Thursday.  Where will UTEP's Derrick Caracter land? Also, UCF and SMU are racking up recruits right now.  UTEP?  Patience is a virtue.  In The Dig.

Make Up Your Mind:  If you are going to do a top 25 player list, shouldn't you keep it to 25 players?  That's my first complaint for ESPN's Graham Watson who is compiling a list of the Top 25 Players from Non-BCS conferences.  My other?  Donald Buckram at 13?  The nation's 4th leading rusher at 13?

Coach Mike Price was given a vote of confidence because players such as Buckram were returning this year and his dynamic ability makes him one of the most formidable threats in the country. Buckram had eight games with at least 100 yards and had at least 147 yards in five of his final six games. He rushed for more than 200 yards three times a year ago. 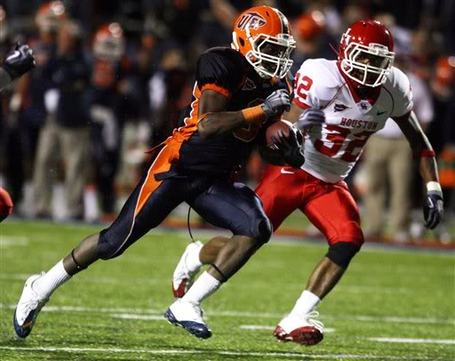 Catching Up with McCloud:  Former UTEP backup quarterback Andy McCloud has landed at Texas State University in San Marcos.  I understand that kids transfer from college for a variety of reasons, but McCloud was the presumptive starter for UTEP in 2011.  Now, if James Thomas II can't stay healthy, we might be in real trouble if Trevor Vittatoe goes down.

Some People Never Learn:  CBS Sports' Gregg Doyel has been the most outspoken critic of UTEP's Tim Floyd throughout the USC scandal and NCAA investigation.  Not only does refuse to admit that his criticisms were misplaced (as proven by the lack of NCAA punishment on Floyd). but now he claims that Tim Floyd is so scared of him that he's dodging his calls.

How come there is no, "I was wrong about Tim Floyd" story for today? The facts are out now! Interestingly enough, Floyd is asking people for my phone number -- and he now has it. I beat him to the punch and called his office at UTEP, looking for him. He must have been hiding not been in.

Slightly More Measured:  Gary Parrish, also of CBS Sports, had a more measured response to the USC report.  He does feel Floyd was wrong to recruit Mayo, but he feels the problem isn't all with the coaches.  It's a systemic thing.

I'm here to highlight a larger problem -- the way compliance directors are in a no-win situation at big-time basketball programs where the single-most-important goal is to recruit high-profile prospects to win high-profile games. That was the case at USC under Floyd. 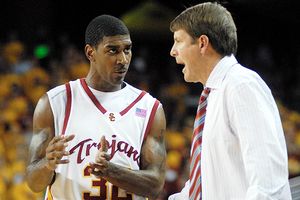 Miners in the NBA:  Derrick Caracter has generated tons of press in the last few months.  Too much to pass on really, but with the draft coming up on Thursday, expect more DC links this week.  DC just worked out for the Golden State Warriors, his 11th of 13 scheduled workouts.

"When I left Louisville, I was reading in the papers that I was washed up at 20 years old," Caracter said. "I thought that was crazy. ... "I'll show it's possible to reach your potential from anywhere."

Reaching Out:  Tim Floyd is gearing up for his first camp as coach at UTEP.  All local kids ages 7-18 can participate.  Click here for details.

Debunking the Myth:  Houston generated tons of national media when it was reported they are spending $160 million to build a new football stadium and renovate their basketball arena.  The catch?

They don't have the money yet. 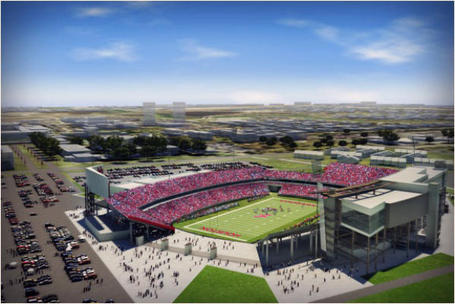 That's right.  All those reports made it seem like the ground breaking would be in a week or two.  That's not the case.  Houston, didn't okay a ground breaking, they merely gave Mack Rhoades permission to start fundraising.  The way Houston fans show up to games, all I can say, is "Good luck with that, Mack."

If athletic director Mach Rhoades can't raise the $160 million to rebuild its football and basketball facilities, the school has no hope of moving up.

Houston, We Have a Problem:  Do Houston fans really think the Big 12 will include them in any expansion scenario?

A panel of state legislators are pushing for Houston to get invited to the Big 12.

Houston Athletic Director Mack Rhoades is begging students to show up to games (just like the AD's do at Texas Tech, Texas, A&M, and Oklahoma).

"We're not looking to expand at all," he said. "And certainly we wouldn't look to expand with any institutions that are in our geographic, five-state area now. We're very comfortable with where we are and there's no interest in having an expansion review at this point, and I don't think it's going to come in the future."

M-V-P:  This is a big deal for Rice.  The Owl's may not have made it out of the Austin Regional in baseball, but their star third baseman, Anthony Rendon, was still named the National Player of the Year by Baseball America.

Nine:  SMU's June Jones just got his 9th commit of the 2011 recruiting class.  NINE.  That's exactly nine more than UTEP has at this point.  Parkland's Mike Davis, a stellar sprinter, signed with UTEP's track team and may play some football, but technically, UTEP hasn't signed a soul. 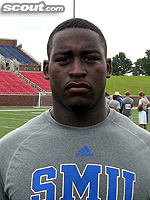 Karma:  Tiger fans may bash UTEP and El Paso whenever they want, but allow me to state that your city may not be that great.  I mean, NBA draft prospects won't even work out in Memphis out of fear that the Grizzlies might draft them!!  These are kids desperate for a shot in the NBA, as long as that shot isn't near Beale Street.  The saddest part?  Eliot Williams, who played college ball at Memphis, won't even work out for Memphis!

Fresno State small forward Paul George was scheduled to come work out for the team Sunday and canceled. Butler forward Gordon Hayward did the same thing and "is emphatic in his desire not to play for Memphis," according to the paper's sources. The team also can't get Kentucky guard Eric Bledsoe to visit, and Baylor forward Ekpe Udoh canceled a workout scheduled for Wednesday. It's so bad that even a guy from Memphis — Elliot Williams, a guard for the Memphis Tigers who averaged 17.9 points per game last season — has said no to a workout with the Grizzlies, the paper reported.

Five:  UCF picked up four recruits in the last two weeks and has five overall.  Defensive tackle prospect Dalton Wertz (pictured) was really excited to get the UCF offer.  He accepted on the spot.

Wertz is the fifth commitment of the Knights' 2011 recruiting class. Miami Northwestern's Jermaine Reve, University's Brandon Bragg and Winter Haven's Mike Easton – all safeties -- all committed to UCF this month. Deltona Pine Ridge linebacker Willie Mitchell was the first player to commit to the Knights, giving his pledge in March. Mitchell has since picked up offers from USF and Wake Forest, but he's still committed to UCF. 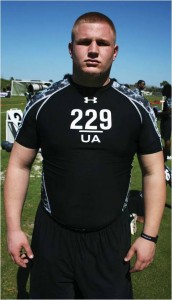 Weakened Athletic Conference:  Put a fork in the WAC.  It's done.  Anybody who wanted UTEP to stay in the WAC as opposed to C-USA should admit they were wrong now.  Imagine how terrible that league will be without stalwart Boise State?  Karl Benson, the man who killed the WAC and gave life to the MWC, is somehow still the Commissioner of the WAC.  Take a look at the cast of schools that may replace Boise.  Ouch.

Benson will likely have to think outside the box to replace Boise and look at the potential of programs like Portland State, Sacramento State or Cal-Davis. Another possibility is Texas-San Antonio.

The Rumor Mill:  Last week, some Orlando area news outlets were reporting that the Big East was on the verge of inviting Memphis and UCF to join their BCS league.  The Orlando Sentinel's Illiana Limon, say's "not so fast, my friend."

It’s worth noting the only people reporting potential major changes in the Big East are in Orlando. Media outlets that cover the Big East year-around and have some of the best sources on the league’s decisions have not reported the conference is on the verge of such a big decision.