After Saturday's scrimmage, I was lucky enough to get some time to talk turkey with some of the Miner's key returning players.

Buckram a Doak Walker semi-finalist  in 2009, will be the nation's second leading returning rusher in 2010.  Buckram had a truly extraordinary 2008 season as discussed here.

On Closing in on UTEP's All Time Rushing Record:

"It's definitely something to work for, it's a high goal, a personal goal.  We have team goals but its also important to have personal goals.

"From a running backs perspective, we saw good signs from everyone.  Everyone looked really good.  The non-scholarship guys also looked good."

I asked Donald if he was at all worried about his workload next year (being over-worked).

"Not too much, we definitely have some good backs here to support me.  Jason Williams is a good back.  And we also have Leeland Myers coming in, another speed back, who gives us depth.   Both those guys can contribute every week."

Braxton missed the 2008 season after he suffered a torn ACL.  He recovered nicely from the injury and led the Miners in 2009 with 5 interceptions even though he only played in 8 games.  Braxton is currently awaiting word from the NCAA on his application for a medical redshirt year for the '08 season.  If its granted, he will have his "second senior" season this fall.

"I embrace being a leader.  This is my second senior year and I embrace my role as a leader.  There are other great senior's here too."

"I'm loving it.  In the 3-3-5 we were playing man coverage every play.  We have great coaches here who understand how to teach the new system."

On adjusting to the new defense.

"Coach Patterson is a very intense coach and a good teacher.  The coaches have really made the transition as smooth as possible." 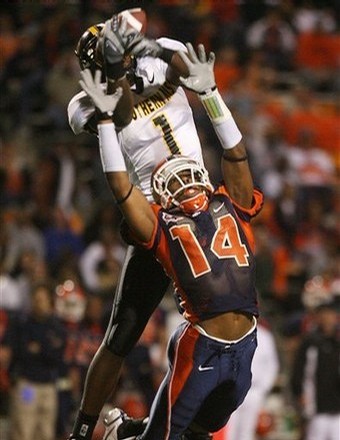 Moore started all 12 games last season at tight end.   Moore is a ferocious blocker and you can see he takes pride in playing fundamentally sound football.

On spring practice in general:

"Spring is about locking in more, staying focused.  We work hard to be consistent in production."

On being a team leader as a returning senior starter:

"I embrace it.  I feel like I have more of a voice now in the locker room."

On his off-season workouts: 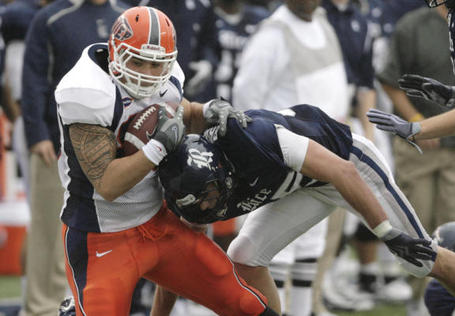