Share All sharing options for: The Dig: Happy Easter Edition

What a week we've had.  Tim Floyd is back in town and it didn't happen quietly.  Mike Price's boys got some work in and we may have found our number two quarterback.  UTEP's track team had an incredible run at the Texas Relays.  Let's take a look around the C-U-S of A. 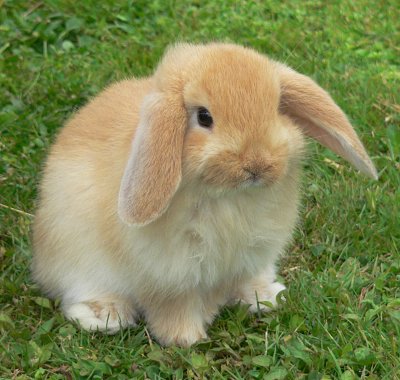 Speed Kills:  UTEP's Blessing Okagbare absolutely killed it at Texas Relays.  This is one of the track season's marquee events, drawing former and likely future Olympians seemingly across the board, and Okagbare represented UTEP incredibly well.

UTEP’s Blessing Okagbare recorded a personal best en route to posting the world’s fastest time in the women’s 100m as the Miners closed out competition at the 83rd Annual Clyde Littlefield Texas Relays hosted by the University of Texas at Austin. Okagbare claimed her second title at the prestigious meet clocking in a 11.10 in the women’s 100-meter dash. She recorded the world’s best mark in the long jump on Friday afternoon. Hours prior to the 100m race, Okagbare anchored the women’s 4 x100 meter relay aiding them to a time of 44.54 that ranks fifth in the national descending order list this year. Gladys Nwaubani, Endurance Abinuwa and Siobhian Crain were the first there legs of that relay.

What Do You Call a Female Bear?  Mary Haskins, the Bear's Wife, had a very nice sit down with the El Paso Times.  When asked about next years expectations, she made a stout comparison.

In 1965, Texas Western was playing in Madison Square Garden in the first round of the NIT and we played Manhattan College and they beat us by 18 points. We had the nucleus of our 1966 team playing. This year, Butler beat us by 18 points in the NCAA. I hope this is a good omen for our team next season because we went on and won the national championship.

"Until today, it had been three reps and out, three reps and out," Obi said. "This is the closest thing to a game we've played. This felt good. I was starting to get a little gassed, but I pushed through it....This scheme fits right into what I can do with speed. I feel like I'm ready to do some good things."

Spring in the Step:  Linebacker's coach Robert Rodriguez has helped the LB's wrap their heads around the 4-3 too.  Jeremy Springer discussed their progress.

"It's totally different, and I like it," Jeremy Springer said. "It fits our defense, our athletes really well. I feel like we're picking it up."

More Anti-Floyd Rhetoric:  Add the Sporting News to the list.

It appears the new mid-major template is this: hire a coach who resigned in disgrace after massive NCAA violations came down on his program and ride that guy to the NCAA tournament. Watch previously disgraced coach morph into a feel-good redemption story, further proving that you could strangle a Care Bear and, as long as you win, someone will film a Hallmark movie about your life.

System Quarterback?  Case Keenum doesn't want to talk about the NFL just yet.  He's focused on improving for next season.

I don't have any second thoughts about it. Watching all that stuff, I don't think about me. I realize that I'm watching it from a different point of view. I've got a little more interest in that process than in past years, because I know I'll be going through it someday. But my focus is here. We had some great workouts, and did a lot of 7-on-7 stuff that we got together as players.

Wildcat Webb?  Former UAB quarterback Joe Webb is preparing for the NFL Draft.  USA Today thinks he could be a 4th round pick.  The NFL Network's Charles Davis had this to say about Webb who will most likely play wide receiver in the NFL.

"He struggled to get open during Senior Bowl practices but I like his athleticism. I expect him to be drafted late as a wide receiver. He could also serve as a Wildcat type of quarterback." —Charles Davis, NFL Network analyst

All-Americans:  Memphis had two incoming recruits play in the McDonald's All American game last week; Joe Jackson and Kelan Kendrick.  Elliot Williams hasn't declared for the NBA draft yet, but if he does, Memphis has some real talent coming to town.

Though it was a relatively quiet event for Jackson and Kendrick, who combined to score just seven points for the East team, which lost 107-104 to the West, it was a proud night for the Tigers' program at Value City Arena. For just the second time in school history, Memphis had multiple representatives at the McDonald's Game, considered the most prestigious of all the high school all-star games.

Lead the Herd?  Marshall is looking at lots of candidates to replace Donnie Jones.

No More Liberty?  The Liberty Bowl is seeking an agreement that with the SEC and Big East.  C-USA will still be in the picture but could be shut out in some situations.

"We have always appreciated our relationship with Conference USA and still in most future scenarios a Conference USA team will be in our bowl. The deal with the Big East hasn't been signed yet, but I feel like it's going to work out."