A Quick Primer on the FanPost Option

Share All sharing options for: A Quick Primer on the FanPost Option

One of the great things about the SBNation platform is that it promotes community involvement.  If you guys ever want to discuss a topic that you feel I'm ignoring, or merely want to get your view point across on a given Miner topic, I hope you try the FanPost option.  There is a minimal word limit, to avoid posts like "Hey, what do you think about Stull?" and no subsequent analysis.

The FanPost option allows you guys to come up with polls, insert images or videos, and steer the UTEP conversation in a way you feel is important.  Also, if there's breaking Miner news, and I'm not on it, I encourage you guys to post it and start the conversation.   If there is a big event and you want to start an "open thread" feel free to do so. Time limits also keep me from posting as much as I would like on volleyball, softball, and other sports not named football and mens basketball.  So, if I'm missing out on a great Miner athlete or storyline, I hope the community brings it to the forefront.

If a FanPost is awesome, I'll definitely "bump" it to the front page which will make it available on the site's RSS feed and get it maximum exposure across the network.  I will also "tweet" them to all 12 or 13 of my followers! 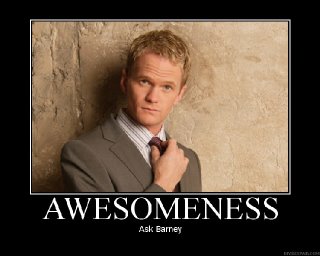 Reader Anthony Salom, a UTEP alumni, recently emailed me an article that, in his words, sums up the state of Miner athletics right now.  It's exactly the kind of thing that would make an excellent FanPost and I'm going to post it, in it's entirety after the jump.  Thanks Anthony!

UTEP Looks to Make Move into National Spotlight in 2010-2011

Now I know that "next year" seems to be the recurring theme in UTEP athletics. In fact, I’m pretty sure there’s a push being made to make it the official sports motto at UTEP. But really, "next year" seems to be "the year". The football team is coming off one of the most disappointing years in recent memory. In a year where we returned virtually every skill player on offense and a number of players on defense, the sights were set much higher than the 4-8 display that was put on. Granted 5 of the 8 losses were by 7 points or fewer, but a loss is a loss and if we were able to look closely game by game we would only find the lack of chemistry and discipline that allowed UTEP to find ways to lose games.

This year should be much different. We return the nation’s 4th leading rusher in Donald Buckram who rushed for almost 1600 yards last year, a Senior quarterback in Trevor Vittatoe who although is coming off his worst season is a quarterback who has been a winner his whole life and should be prepped to lead the team to much of that this season, and a core of receivers who all have multiple years of experience and if they can just get away from those untimely drops should be able to put up some spectacular numbers.

The defense has been suspect the last few years, and suspect is a very generous way of putting it. Truth is, if the defense could’ve stopped anyone the Miner’s would definitely have had 4, 5, 6 who knows how many more wins over the last couple seasons. But now, out with the old and in with the new. As noted by everyone in town new D-Coordinator Andre Patterson has ousted the 3-3-5 for the traditional 4-3. We lost some key guys on defense, but return a few as well. Namely, 5th year senior standout DB Braxton Amy.

Being very blunt, the D cant really get any worse, thus if they can just get a little better we should easily be looking at an 8-4 year or better. This year’s schedule takes on a different feel from before as the non-conference games are mixed in throughout the season, and conference play starts early in a huge match up the second week of the season versus conference favorite Houston on ESPN.

Truth is UTEP plays 4 out of the first  6 at home and if they could somehow put it together early behind the legs of Buckram and the arm of Vittatoe, the Miners could be knocking on the BCS’ door come mid-November after a game against pre-season top 15 team Arkansas Razorbacks. Granted, it’s a long shot but the Miners seem to have the pieces they just need to figure out how to put them in play.

The Miners’ basketball team is coming off an impressive season putting together a 26-7 record, a C-USA championship, and an appearance in the NCAA tournament with a loss to eventual National runner-up Butler. The Miners return nearly the entire team, with the exception of Mr. one and done Derrick Caracter, and after the departure of Coach Tony Barbee to the SEC and Auburn, the Miners have been reunited with long lost son Tim Floyd.

After less than a month on the job Coach Floyd has already landed 4 star recruit Rashanti Harris, and 3 star recruit Michael Haynes. Along with that he has apparently solidified the recruitment of 3 star center John Bohannon and  3 star Power Forward Matt Korcheck. Another 4 star recruit by the name of Dwayne Polee Jr. out of Los Angeles is still undecided but considers UTEP as a possible candidate along with St. John’s, Georgia, and UNLV. Point is Tim Floyd came into a program that was nationally ranked, made an NCAA tourney appearance, and returned 10 juniors and is making that team even deeper and much more talented.

The sky is the limit with these Miners and I can guarantee that expectations around El Paso will be through the roof. Really, the only issue with this team may be its ability to establish its identity and chemistry after the loss of Caracter and possibly Moultrie, and the addition of a few new pieces coming into an already deep squad. If they do and do it early this is really a team to look out for. Look for UTEP to be a preseason top 25 team and compete very highly along with fellow top 25 team Memphis for the C-USA crown and much more.

Again, I realize that nearly everyone is El Paso has probably said "next year" about the Miners on more than a handful of occasions, but if there was ever a year for that to come true this is it. Conference expansion and realignment is about hit and could potentially hit extremely hard. If conferences such as the Big 10 and PAC 10 make pushes to establish themselves as super conferences with 14 or 16 teams, many schools like UTEP could find themselves in extremely weak conferences, or possibly looking for a new home. Talks around town are that UTEP could potentially be reunited with its old WAC members in the MWC.

Now lets be realistic. They didn’t want them then so why would they want them now? Not only is UTEP not located in a "big market" town, but it’s football program is becoming a perennial dog. When it comes to making money for the conference its football that puts food on the table. So realistically with UTEP not being able to pull its own weight in football they likely will find themselves waiting for an invitation to the MWC that probably will never come. However, if UTEP can make this year "that year", they will find themselves with nationally ranked programs in both football and basketball that are highly competitive programs and that can actually sustain themselves financially. That would be a heck of an audition and would make them very attractive to conferences such as the MWC that are looking for teams to fill their recently vacated spots. UTEP lets make "next year" this year.

Thanks for contributing, Anthony!