UTEP Coach Ken Murphy signed three high school juniors to his 2010 class, including a San Elizario High School star.  I'm working on more football spring previews and a few other things.  They should be rolling out soon. 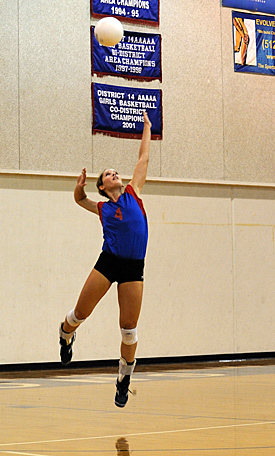 From the official UTEP press release:

"Rachel is going to make a very big impact on our program," Murphy said. "She is a great competitor and leader who will bring fire to our gym from the first day.

"She is one of these players that finds a way to win and her teammates love playing with her.  She is a fast, powerful athlete with all the tools to be a great setter for our team."

Scott was also recruited by Oregon, North Texas, Houston Baptist and Henderson State. She played club volleyball with the Waco Juniors under the direction of Staci Fletcher and Blair Underwood (2005-07); the Austin Juniors for Roberto Frontera, Jenny Andrews and Peter Salatich (200-09); for Thomas Kane in 2009 with the Austin Performance.

"Malia is an experienced setter that has been playing at a high level for a long time," Murphy said. "She plays the game with a relaxed confidence and does a lot of little things that make the players around her better.

"As a setter, Malia locates her sets really well. She makes good decisions with the ball and already posseses many of the skills that we value." 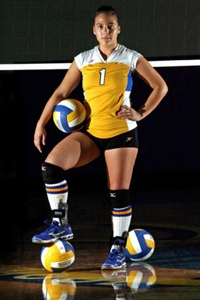 "Victoria is a perfect fit for our program," Murphy said about the local product. "She has been coming to our camps since I’ve been at here and I know that she is passionate about volleyball and about UTEP.

"She is one of the best young servers I’ve seen and I believe that she is ready to pass at our level right now. With this in mind, she is a dedicated, hard working athlete that will get even better in years to come and make a great impact on our team."

Valencia was also recruited by Our Lady of the Lake, Schreiner University, Houston Baptist, Southern Nazarene, Oklahoma City University and Vernon College. She played club ball for the El Paso Sun Spots from 2005 to 2010.