Marshall has finally landed a basketball coach, Andy Katz takes a look at the coaching carousel, and another C-USA star is going to test the NBA waters.  Here are your C-USA Links. 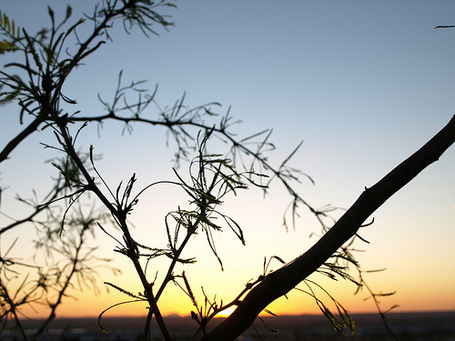 One Last Look:  Andy Katz has a nice roundup of the coaching carousel.  C-USA is well represented since there are new coaches in El Paso, Huntington, Orlando, Houston, New Orleans, and Greenville.  Yes, six C-USA squads will break in new coaches next year.

He recruited well for Haskins and the Miner faithful have never forgotten. It was an interesting move to say the least, before the committee on infractions issues its final report on USC. But Floyd has the backing from the Miners' administration. The truth is, Floyd is one of the best coaches in the game. He can recruit, as well. This should be a good marriage.

New Blood:  Eastwood Alum Robert Munoz (a sophomore DT) and freshman Germard Reed have continued to run with the first team at defensive tackle.  Bret Bloomquist has a nice article which describes the state of the DT position in El Paso. The Miners don't have size, but Andre Patterson doesn't think that will be a problem.

Sophomore Ruben Muñoz, from Eastwood, and freshman Germard Reed were running with the first team at practice this week, though nothing much has been set. Sophomore Isaac Tauaefa and junior college transfer Jamie Fehoko are other players competing for time in what could be a large group that sees the field this season. None of those four are bigger than 290 pounds.

Give Him a Shot:  Jeff Moturi had nearly a thousand yards receiving last year and had one heck of a career in El Paso.  He wasn't invited to the combine, but he had a sterling pro day.  If he doesn't hear his name called, he should have a busy phone line right after the draft.

Ace Recruiter:  Marshall lost Donnie Jones to rival Central Florida.  I think Jones is a great coach, but Marshall may have made an equally great hire when they yanked Tom Herrion away from Jamie Dixon's staff at Pittsburgh.  Herrion is known as a great recruiter.

Herrion was an assistant under Pitt coach Jamie Dixon for three years and had been instrumental in recruiting some of the team's top players. Herrion was the lead recruiter on freshman center Dante Taylor, Pitt's first McDonald's All-American in more than two decades.

Bon Voyage?  UAB's Elijah Millsap is going to test the NBA draft waters.  He's not going to hire an agent yet so he may very well end up back in Birmingham.  We'll see if he can get a second round promise from a team.  He's a good scorer and one of C-USA's best defenders.

junior guard Elijah Millsap is entering the NBA draft. Millsap said Friday he will not hire an agent and will be eligible to return for his final season if he withdraws his name by May 8. 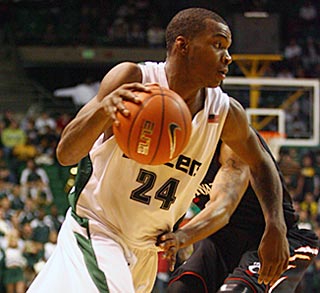 A Disappointing Start:  Conference USA baseball isn't having as great a year as many hoped they would  Yahoo! Sports has the story.

So much for Conference USA taking a huge step forward. The West Coast Conference also has been a disappointment so far this season, but near to the level of C-USA. Rice was the headliner entering the season, but has a 17-13 record and an unimpressive RPI of 37 by the Owls’ standards. East Carolina was expected to take a step forward this season, but now has an 18-11 record with an RPI of 78. Tulane, the lone surprise, still has an RPI of 66 and needs a series win over Rice this weekend to improve that mark. Overall, C-USA is the nation’s No. 7 conference from an RPI standpoint. That is more than just disappointing for a league expected to do big things this season.