Tomorrow afternoon, the UTEP Miners kick off spring practice in preparation for the 2010 campaign.  It's the right time to take a look at the depth chart and get an idea who's fighting for what over the next few weeks.  After the incredible, breakout season of Donald Buckram last fall, I thought there would be no better place to start than the backfield.

Where did Donald Buckram come from?  Take a look at the incredible leap his statistics took last season (remember he used a medical redshirt in 2007).

Buckram was a huge reason why UTEP was able to claim the 35th best scoring offense in the NCAA and finish 18th in total offense.  Buckram also emerged as a huge weapon in the passing game.  He finished third on the team in both receptions (30) and receiving yards (453).

He was also a workhorse.  Buckram averaged just under 22 carries a game.  The teams second leading rusher, Jason Williams, only had 40 carries.  The Miners are very fortunate to have a bona fide All-American candidate returning in the backfield.  But, going into spring, it's important to assess who the Miners have waiting in the wings.

Take a look at the Miners rushing leaders.

Obviously, after Buckram, there is a steep drop-off in productivity which is to be expected when you have someone run as consistently as Buckram did.  This spring, it will be nice to see if we can get answers to these two burning questions about the Miner backfield.

Jason Williams has had success in short yardage situations.  The Miners only signed one RB last month, Nathan Jeffery from Caddo Mills, but he was signed as an athlete.  I'm not sure if he will play RB at UTEP.  There are several other RB's on the roster, but none of them have made any noise on gameday.  This spring, it will be interesting to see who gets the most carries after Donald Buckram. 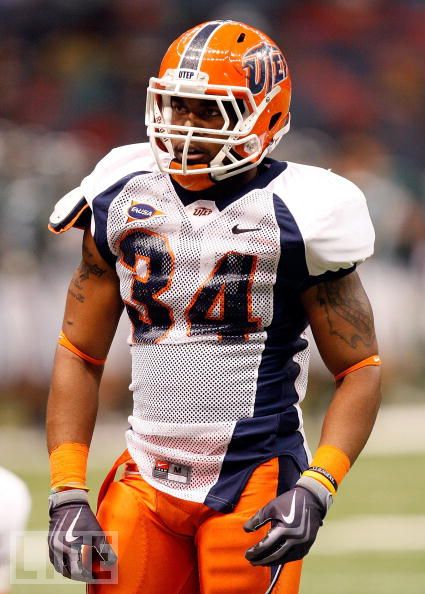 2)  How much more will the Miners lean on Buckram this year?

Mike Price's offenses have never been known for focusing on the running game.  But, they have been the most effective when the team has had a consistent threat running the ball.  Last year, the Miners had a truly prolific offense (as seen by the stats referenced earlier).   Will co-offensive coordinators Bob Connelly and Aaron Price look to increase Buckram's already heave (22 carries per game) workload?

A lot of UTEP's games weren't televised last year.  For those of you who didn't get to see a lot of Buckram's highlights, enjoy this.