The Rushies: The Danny Ainge Award for Most Hated Rival Player

Share All sharing options for: The Rushies: The Danny Ainge Award for Most Hated Rival Player

Hate is a strong word. I want to emphasize that we don't really "hate" an opposing team's player who is probably a well mannered, hard working 19-20 year old kid. But, in athletics there is always going to be a player who finds a way to tick off the fans at the Don. Usually, it's exceptional play that rattles us. So, in a way this award really is an honor.

Why Danny Ainge? He was the best player on a team that time and time again gave UTEP fits. The UTEP-BYU rivalry in the 1980's defined the Western Athletic Conference's basketball glory days. The series was filled with great coaching, great battles, and great games just about every time. Need a refresher? Watch this.

The Candidates (In No Particular Order)

Young has been good, a little too good, against UTEP. In the teams two meetings this season, Young has averaged 22.5 points per game. He killed UTEP in NMSU's win at the Don Haskins Center. He had 24 points in NMSU's 87-80 win. Young is the best player for UTEP's biggest rival. 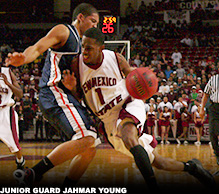 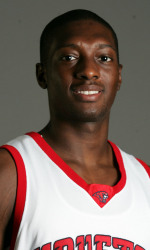 Aaron Johnson doesn't even average 10 points a game. So, why is he up for the Ainge Award? Because he plays his best games against UTEP. For whatever reason, Johnson gives UTEP's guards serious matchup problems. Remember his effort against UTEP in the season finale? He went off hitting four of his five three point attempts and led UAB with 16 points. 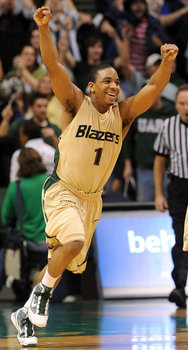 Cast your vote today for these other Rushies too:

2. C-USA's Worst Coach of the Year