As a way to pay homage to a terrific C-USA season, I thought it would be a great way to wrap up the season by handing out some awards. Today, we kick it off with the Don Haskins Award for the C-USA Coach of the Year.

The Candidates (in no particular order)

Arguments For: In his third season as the head coach of the Thundering Herd, Jones' squad finally broke out of the C-USA cellar and improved from 8th in the league to 4th. The Herd finished 24-10 and qualified for the CIT. Jones also earns points for finding Hassan Whiteside. Whiteside, a virtual unknown a year ago, is now a lock to be a top 10 player in the NBA Draft should he declare in the coming weeks. If Jones finds a way to keep Whiteside in town another season, he might be the front-runner going into next season.

Arguments Against: Just when the heard looked to be peaking late in the season, they lost two very winnable games. The first, against Tulsa, came in the C-USA Quarterfinal Round after Marshall led much of the way. Tulsa dominated the games final 10 minutes. Then, after edging West Carolina in the CIT's opening round, Marshall fell to Appalachian State in the CIT Quarterfinals. The final score of 80-72 doesn't tell the story. Appalachian State dominated nearly the entire game and led by as many as 16 points with under 8 to play.

Arguments For: Barbee's Miners dominated C-USA league play. The Miners received their first national ranking in 18 years en route to their first-ever C-USA regular season title. The Miners sustained their ranking in the Coaches Poll for four weeks and peaked at #21. UTEP also qualified for their first NCAA Tournament under Barbee and the first overall since 2005. The Miners were given an at-large spot and were rated a #12 seed in the West Regional.

Arguments Against: The Miners ended the season with two disappointing losses. First, against Houston, UTEP faded away late in the second half. The Cougars were able to snap UTEP's 16 game winning streak. The loss also probably cost the Miners at least 10 seed in the NCAA Tournament. Then, in the opening round of the NCAA Tournament, UTEP blew a six point halftime lead against Butler in what ended up being one of the more lopsided games in the tournament overall. 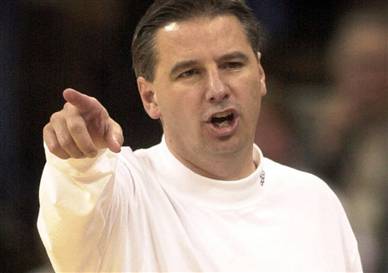 Arguments For: Eustachy led USM to their second 20 win season in his six year tenure. He has an experienced squad that played just about everybody in C-USA tough over the last half of the season. USM upset UAB in the C-USA Quarterfinals before losing in the semi's to eventual winner Houston. Southern Miss qualified for the CIT but lost their opening round game to Louisiana Tech.

Arguments Against: Honestly, Eustachy is here almost solely because Tom Penders got axed this morning. Eustachy's squad plays tough, aggressive defense but his team hasn't quite gotten over the hump from the middle of the league to a place where they can compete for a championship. Gary Flowers, Angelo Johnson, and Sai'Quon Stone all return next season, so expect USM to improve.