We have a full slate of C-USA action today, kicking off at 11:00 a.m. El Paso Time with the Houston Cougars and East Carolina Pirates.  Let's take a look at around the C-USA!

Knight Does it Right:  Bill Knight has a good profile of Tony Barbee and his coaching methods and philosophy.  He compares Barbee's dribble-drive attack with Don Haskins old grind it out style.

And, if you look a little deeper, the two systems are even more similar than we might think. Barbee wants his guards to create off the dribble-drive. That creates openings on the perimeter if you do not get the layup. But he also preaches working this team's effective inside game. In short, he plays the game inside-out -- just like Haskins did.

A Steep Cost:  The EPT's Adriana Gomez has some more details on the UTEP student election on the initiative to raise student costs to subsidize the athletic program.  Remember when El Paso voted on a car-rental tax designed to help the Sun Bowl out?  That tax revitalized a bowl game that was literally fighting for its life each and every year.  This measure could have a similar effect on a UTEP athletic budget that is obviously very tight.  But, with tuition rising year in and year out, you have to consider the cost on students.  $360 a year is nothing to sneeze at. Interestingly, the fee is based on a model created by North Texas.  Students at UT, A&M, and Houston don't pay a similar fee.

UTEP is attempting to follow the model provided by the University of North Texas. Students there will subsidize intercollegiate sports with a $10 per-credit-hour fee, just like UTEP. In fall 2011, they will also see a reduction of $3 in their student services fee. UTEP plans to reduce its student services fee by $2 per credit hour. Officials said 17 schools in Texas charge an athletic fee, as large as $468 per year, for a student taking a full course load. However, the University of Texas, University of Houston, Texas A&M and New Mexico State University do not charge such a fee.

No Quitting Here:  The Lady Miners fell to a highly favored Houston squad 57-55.  At one point, the Miners trailed by 18, but they battled back and gave Houston all they could handle.

With a 10-0 run midway through the second half, the Cougars seemed to seize control of the game, building a 48-30 lead following a pair of Courtney Taylor free throws. However, UTEP used a 20-1 run during the next 9:57 and grabbed a 50-49 lead on Briana Green’s jumper with 2:56 to go.

Tulsa? Really?  The Sporting News Dan Blank took a stab at projecting the C-USA Tournament.  He thinks Tulsa finds a way to beat Marshall and UTEP to advance to the C-USA Final.  He also thinks UAB beats Memphis, for the first time in 10 attempts, to make the final.  Combined record of Tulsa and UAB against UTEP and Memphis?  0-8.

Tulsa comes in reeling, but the Golden Hurricane have home-court advantage. They'll use that to beat Marshall then UTEP, which should be safe for the tournament field and played tight down the stretch. But winning four games in four days will be too much to ask. UAB captures the crown, finally getting the best of Memphis in the semis after two close losses. 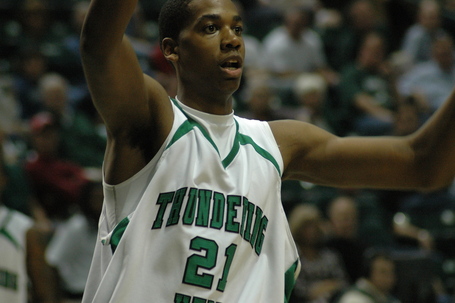 The Honors Keep Coming:  Marshall's Hassan Whiteside has already been named the C-USA Defensive Player of the Year and a Sporting News Freshman All-America.  Now, he's made the FoxSports All-America Team.

Vindicated?:  Memphis players are dying for a chance to take on Houston in the C-USA Quarterfinal round so they can have a chance at vindication over the pasting Aubrey Coleman and Company put on them a few weeks back.

"Probably if you ask anybody on the team, they'd say we want another shot at Houston," sophomore forward Wesley Witherspoon said. "Things didn't go as planned when we went down there. If we got another shot at them, we'd love to have it."

Never too Soon:  John Royal of the Houston Press takes a look at the foundation of the Rice basketball program.

The Rice Owls go into the C-USA men's basketball tournament tomorrow as the Number 12 seed. They finished the season 7-22 (1-15 in conference). Their chances are nearly nil for advancement past the first round. Their chances for getting to the NCAA nearly nonexistent. But the winning's not the important thing. Not this season. For the Rice Owls, for coach Ben Braun, it's all about the future.

Tulane defensive assistant Greg Jackson has left the Green Wave to become an assistant coach at the University of Wisconsin. Jackson, who had been with the Green Wave since 2007, coached linebackers, safeties and the kickoff game during his time at Tulane. 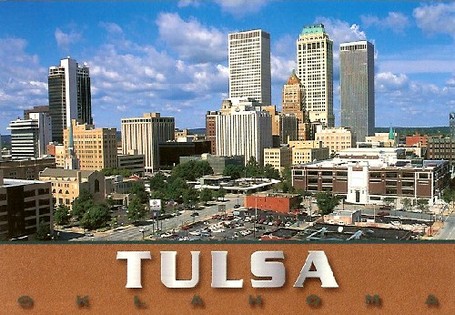 Welcome!  The American Chronicle has a nice commentary welcoming visitors to town.

Fans and visitors will be coming to Tulsa from across the country. We hope that they take time to enjoy our wonderful city and visit our world-class museums and other attractions. We encourage them to dine in our fine restaurants and partake of the nightlife in downtown

Something for the Surreal:  Too Weird Not to Pass Along

This is Real:  Cereso Prison in Juarez actually has a "Miss Captive Beauty Pageant."  What's the prize?  A scholarship?

Cecilia Juarez, 22, incarcerated for drug trafficking, was crowned Miss Captive Beauty 2010 during a pageant for the women inmates at the Cereso prison in Juárez.