Share All sharing options for: Welcome to Orangeville, USA

It has been a tough season for many of us football fans here in Texas as the Cowboys, well the Cowboys aren't very good, the UTEP football team struggled for a stretch, and Longhorn fans have had to deal with a tough rebuilding year. However, have no fear, basketball season is here.

Our UTEP Miners open up the 2010-2011 campaign under new head coach Tim Floyd this Friday November 12 against the University of Pacific Tigers. The tigers come into El Paso returning three starters from last year's 23-12 squad that tied for the Big West regular season title, and went to the finals of the collegeinsider.com tournament before falling to Missouri State of the Missouri Valley Conference.

This year Pacific will be riding on the play of 6-9 senior post man Sam Willard, 5-11 Senior point guard Demetrece Young, and 6-4 wing Terrell Smith. Willard has improved his play significantly every year building up to his junior season in which he played 30 minutes a contest putting up 11.7 ppg and 8.4 rbs a game. Young played nearly 30 minutes a game in 09-10 putting up 9.7 ppg, 1.9 rbs, and 2.7 apg, and Smith played 29 minutes averaging 8.7 ppg and 3.7 rbs. Pacific should prove to be a tough task for UTEP as they have 5 players 6-8 or taller, including 7-1 juco transfer Rundell Maunge (North Platt CC Nebraska, via Trinidad). This is a very talented team that has confidence in their abilities, and who believe they will be a force to contend for the Big West title. ESPN's Blue Ribbon Preview gives the Tigers grades of C+ in the backcourt, B in the frontcourt, and A for intangibles. We'll get to see what they look like firsthand come Friday night.

On the other side, UTEP returns three starters from last year's NCAA tournament team that finished the season 26-7. The Miners are led by a group of Seniors headed by reigning C-USA player of the year Randy Culpepper who averaged 17.9 ppg. Alongside Culpepper will be senior PG Julyan Stone, senior PF Jeremy Williams, senior C Claude Britten, senior guards Christian Polk and Isaac Gordon, and junior F Gabe McCulley. McCulley who redshirted last year, is back and looked solid in the exhibition win over Texas A&M Kingsville. Also, Newcomers Michael Perez, John Bohannon, and Michael Haynes should get significant playing and could be significant contributors as the season progresses.

The Miners are definitely an experienced team, but lost two very important pieces of last year's C-USA regular season champion team in Derrick Caracter and Arnett Moultrie. Caracter declared for the NBA draft soon after the NCAA tournament loss to Butler, while Moultrie decided to transfer to Mississippi State later in the offseason. The departures leave UTEP a little thin in the post, but now two seniors in Britten and Wayne Portelatin step in to try and fill those shoes. Also lost from last year's team was head coach Tony Barbee who bolted for the head job at Auburn soon after season's end.

This year sparks a new beginning laced with old roots as Don Haskins' disciple and proven NCAA and NBA coach Tim Floyd takes the reigns. Floyd has already shown us quite a bit in the opening month of the season. The Miners are actually running a half court set, and playing hard nosed man to man defense. A couple of things that have been very foreign to us for us few years. Also, Coach Floyd is stressing the importance of the team over the individual as players jerseys have no names, and the Haskins Center scoreboard will not show individual points.

No doubt the city is buzzing with excitement heading into the weekend as the first opening day sellout since 1986 seems apparent. The city of El Paso has definitely done its part in supporting the Miners as much of the city will be "oranged out" this week and gameday. Among other things, the city will officially be renamed Miner Orangeville for Friday November 12, 2010. Fans be there Friday, and be there the entire season as it should be an exciting one. Tickets for Friday's game remain on sale at the UTEP ticket center, but as of this morning less than 900 tickets remained so get them while you can. El PASO, its time for MINER BALLLL! 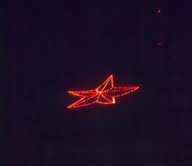